Skiing destinations in Japan:
Mt. Bandai in the Aizu region 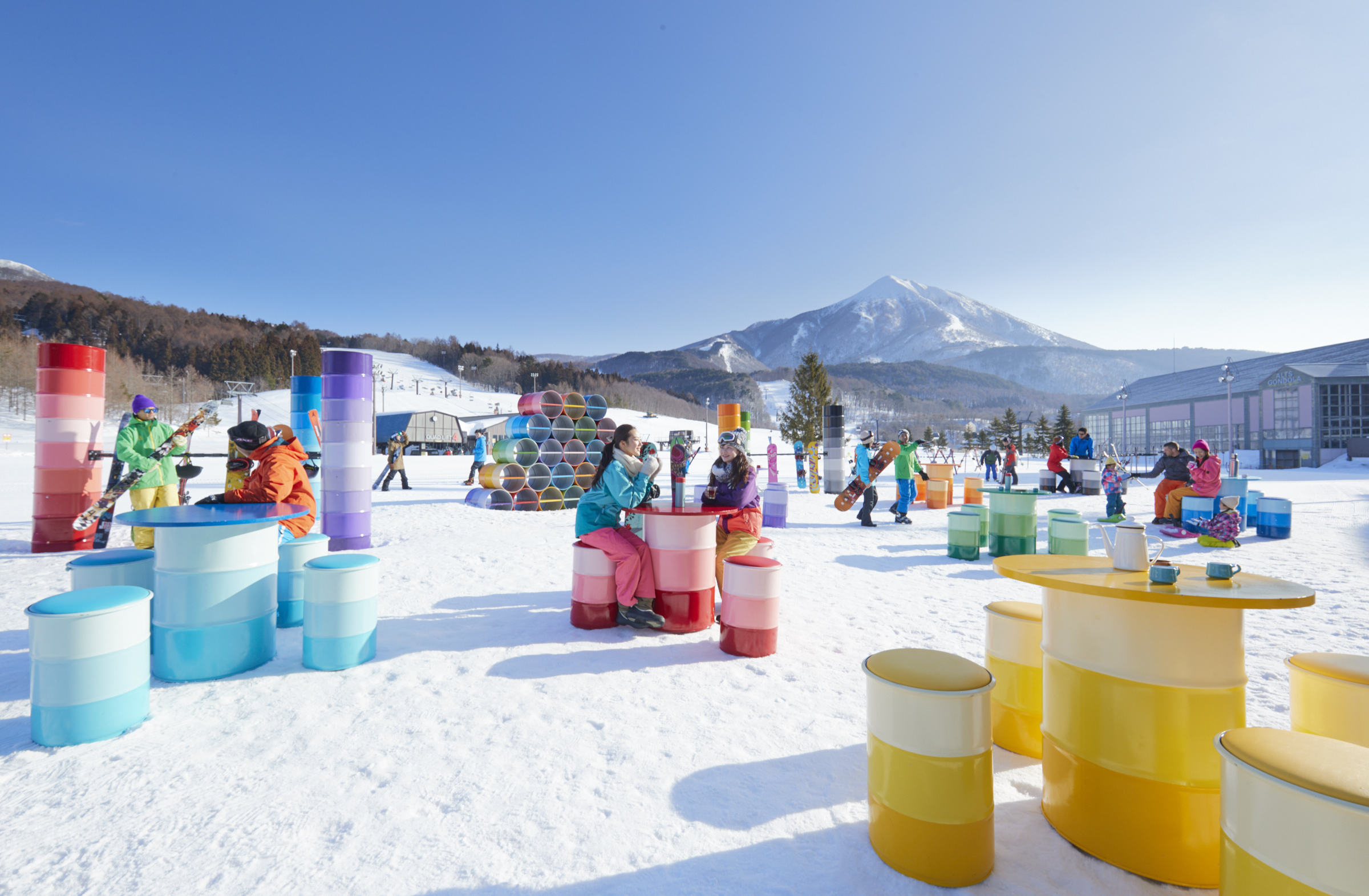 The ski season in Japan is just around the corner. Have you already picked out the destination? If not, why not add this one to your choices, the ski resort at Mt. Bandai? On November 3rd, 2022, I took a media tour in the Bandai area organized by Hoshino Resorts Bandaisan Onsen Hotel and East Japan Railway Company Sendai Branch Office. The tour showcased the region's charm and attractions, including leisure activities, which I would like to share with you so you can see why I found Mt. Bandai to be such a perfect ski resort.

The Mt. Bandai area is situated in the Aizu region, the western part of Fukushima prefecture. The gateway station to this area is Koriyama, about 80 minutes from Tokyo by bullet train on the Tohoku Shinkansen Line. 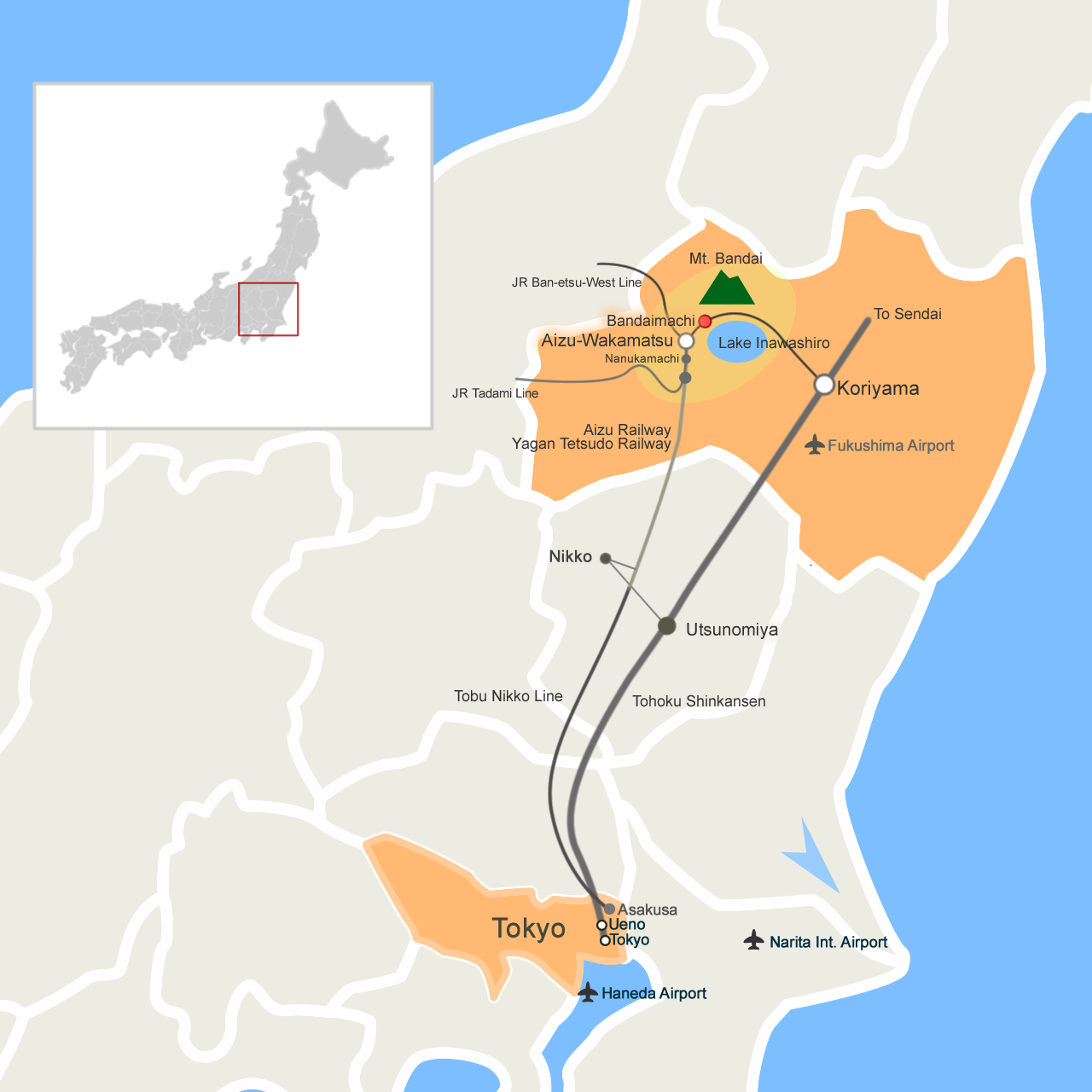 Blessed with natural features, the Aizu region has numerous must-see places, such as; Tsurugajo Castle, known for Sakura viewing; Lake Inawashiro, the second largest lake in Japan; Goshikinuma or the Five-Color Ponds with clear water; and Bandaisan or Mt. Bandai, one of Japan's 100 famous mountains. 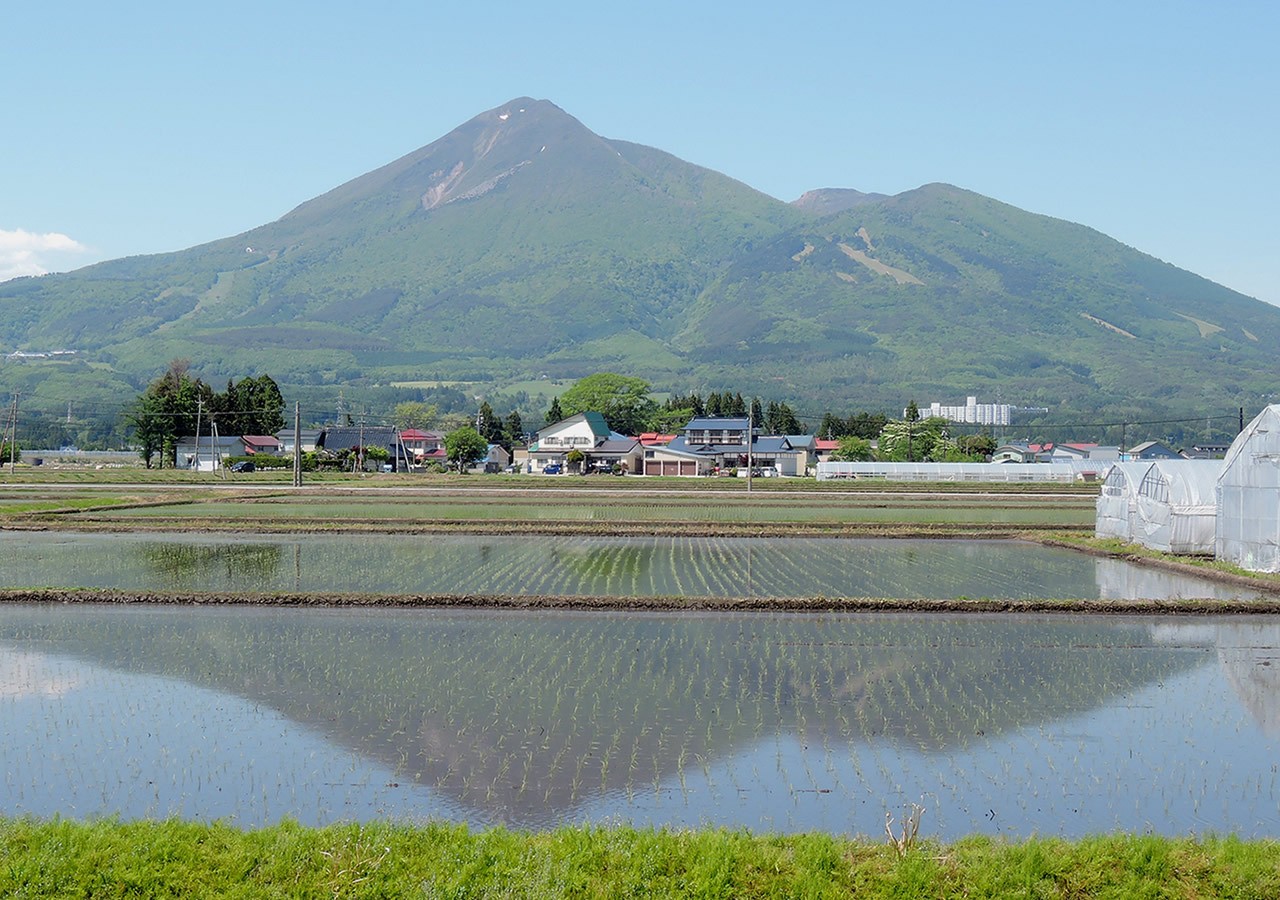 The area around the Bandai mountains has resorts for outdoor enthusiasts, especially for winter sports lovers. Bandaisan Onsen Hotel we visited on our tour is located in the Bandai area, reachable by train on the JR Ban-etsu-West Line. From Koriyama Station to the nearest station Bandaimachi, it is about 60 minutes by the train running through the idyllic landscape.

Actually, our tour was to experience a ride on the special train FruiTea, an on-train café, to enjoy luscious sweets on the luxury car. Unfortunately, this special train runs on a schedule only during a specific season, but the tranquil scenery is always there, even on the regular trains. Heading to Bandaimachi Station, the train runs through rice fields spread against the backdrop of Mt. Bandai. In winter, it will be a majestic white landscape. 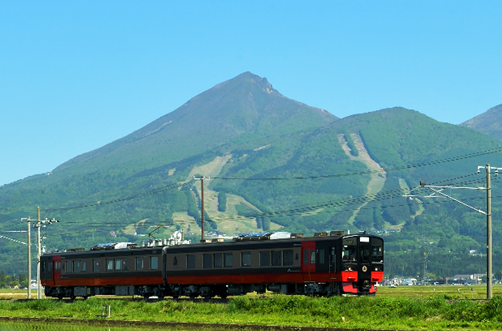 From Bandaimachi Station to the Bandaisan Onsen Hotel it is about 15 minutes by a free shuttle bus. The hotel is located at the foot of Mt. Bandai, with a view of Lake Inawashiro in the distance. 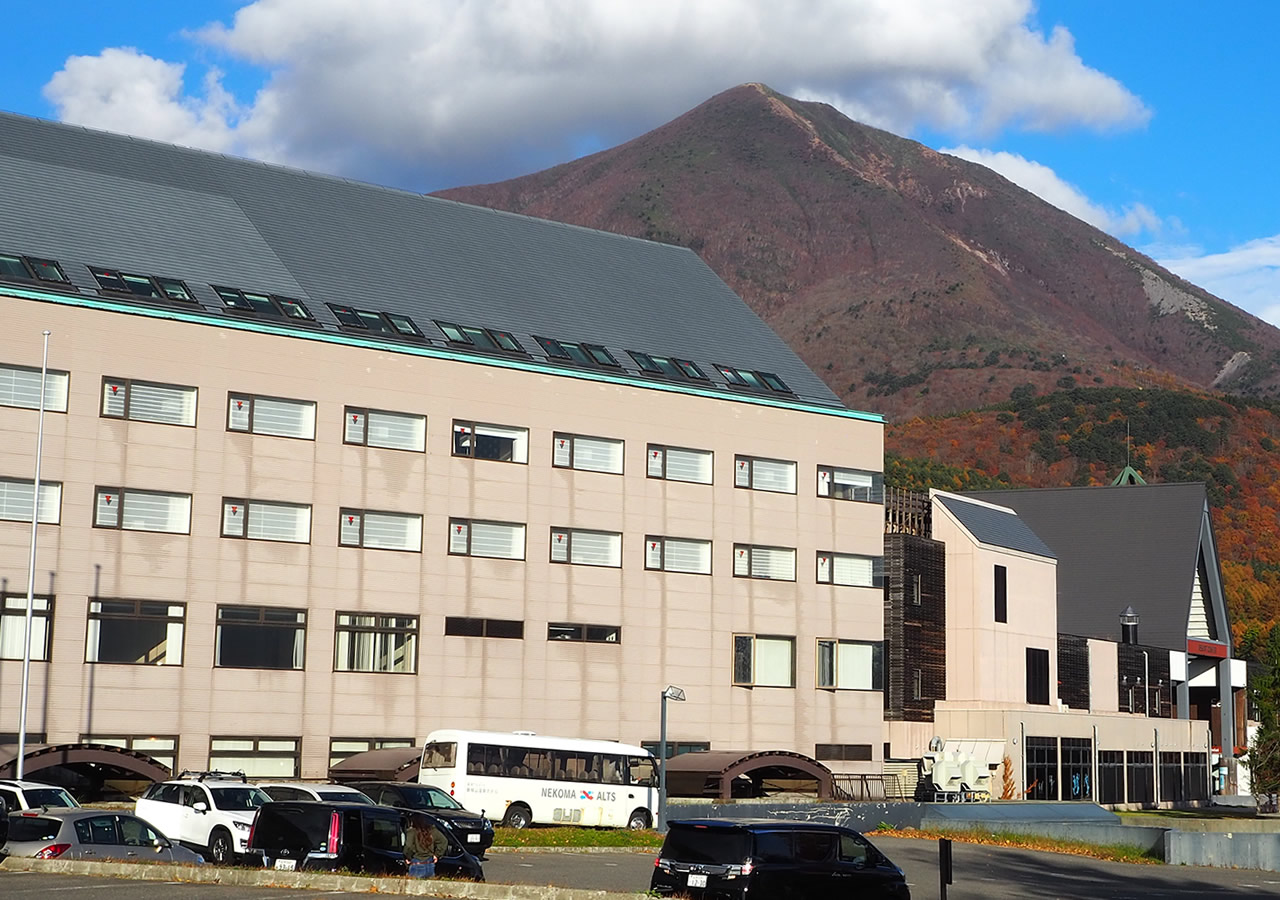 Bandaisan Onsen Hotel at the foot of Mt. Bandai

Bandaisan Onsen Hotel is definitely a place to stay for snow sports enthusiasts. Hoshino Resorts, the operator of Bandaisan Onsen Hotel, has two ski resorts in the Bandai area, one of which is Alts Bandai Snow Park & Resort on the widespread hills just behind the hotel. Alts Bandai Snow Park & Resort has different skiing/snowboarding areas that include a long trail of about 1,800 meters and terrain parks for beginner and advanced snowboarders. Easily reachable from the hotel premises, it is so convenient to go up to the upper trails, especially to enjoy a ride on powder snow in the morning. 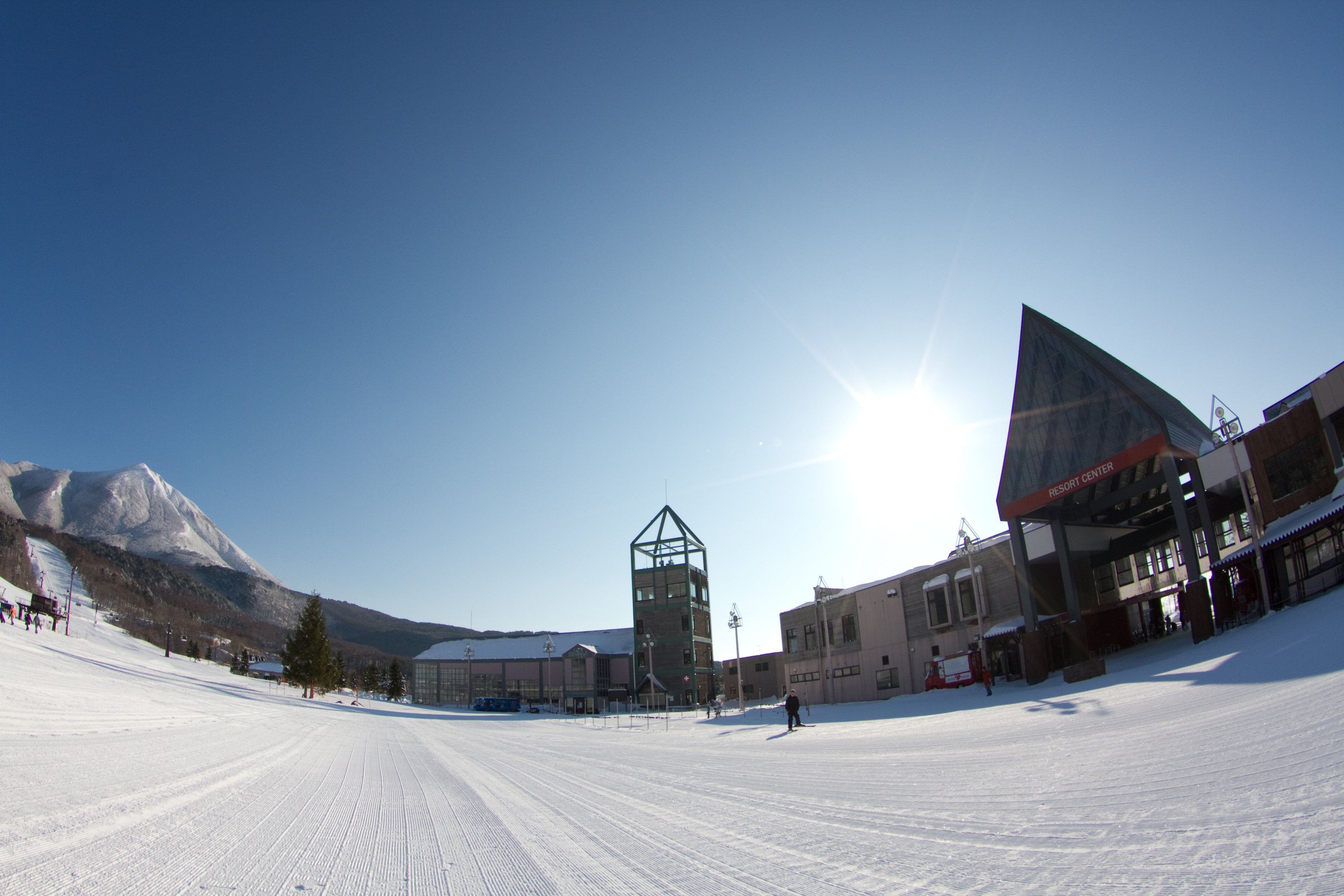 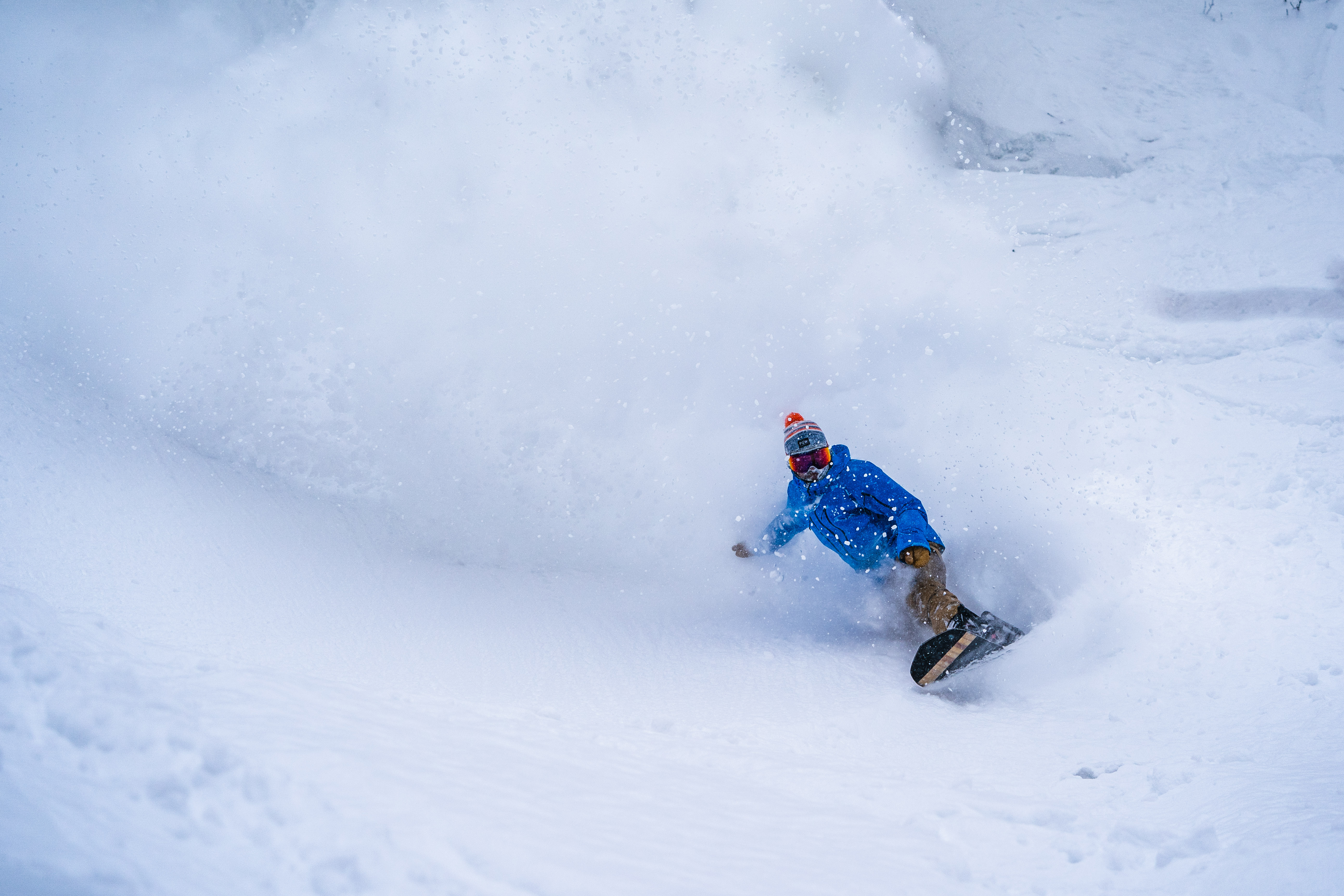 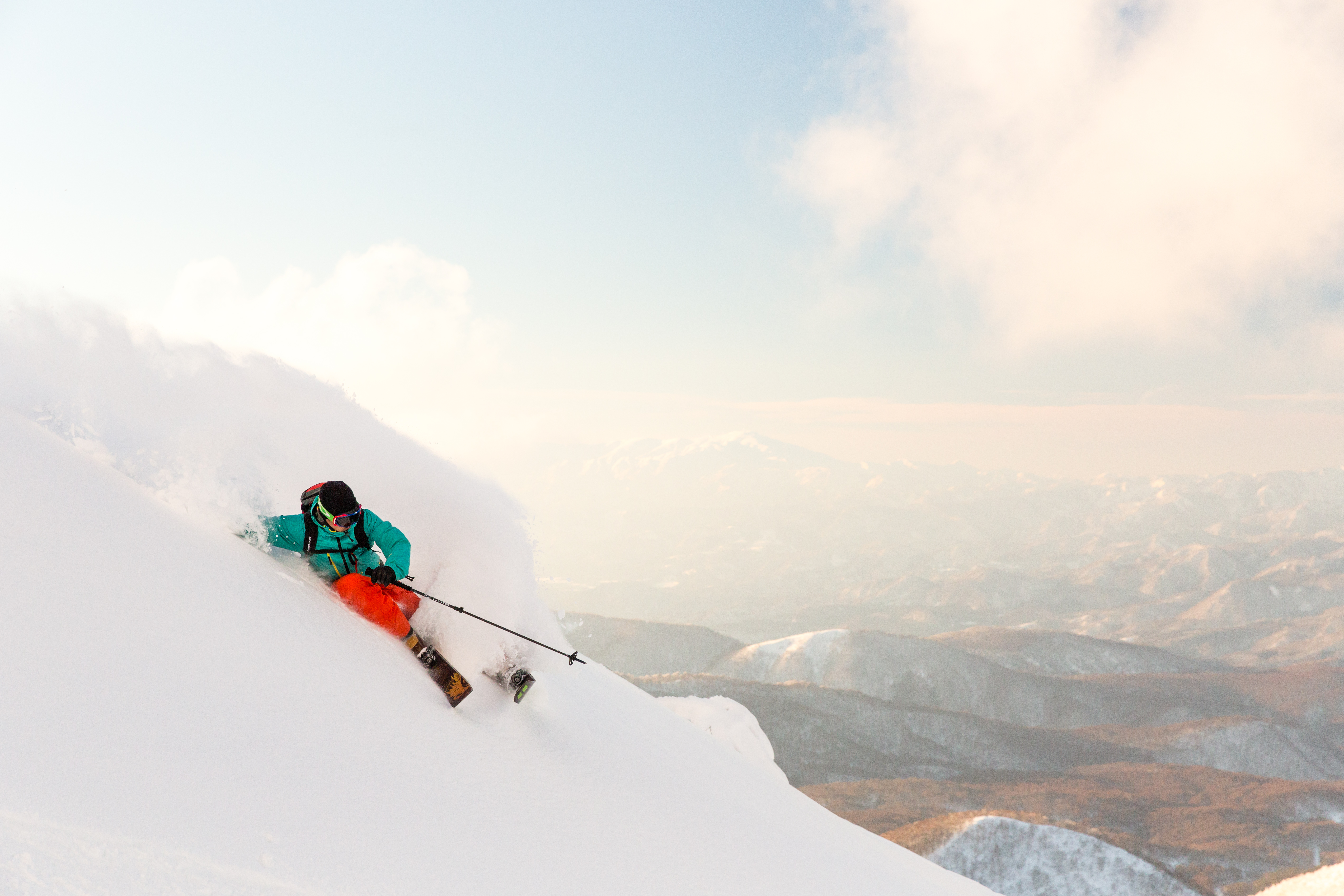 Bandaisan Onsen Hotel has features that provide not only comfy but also enjoyable stays for guests. They offer hands-on experiences that vary daily/in season, including hot-sake tasting, herb tea making, star-watching, and folk toy making. The hotel has hot springs to soak in to warm your body after skiing. On a day of bad weather, you can stay in the hotel and enjoy a swim at their indoor swimming pool.

Breakfast and dinner are buffet-style, with a selection of Japanese and European cuisines. You can choose what you want, but one suggestion is soba noodles with tempura, one of the specialties at the hotel. For breakfast, try a mini-bowl ramen with soy-souse soup, another specialty at the hotel. 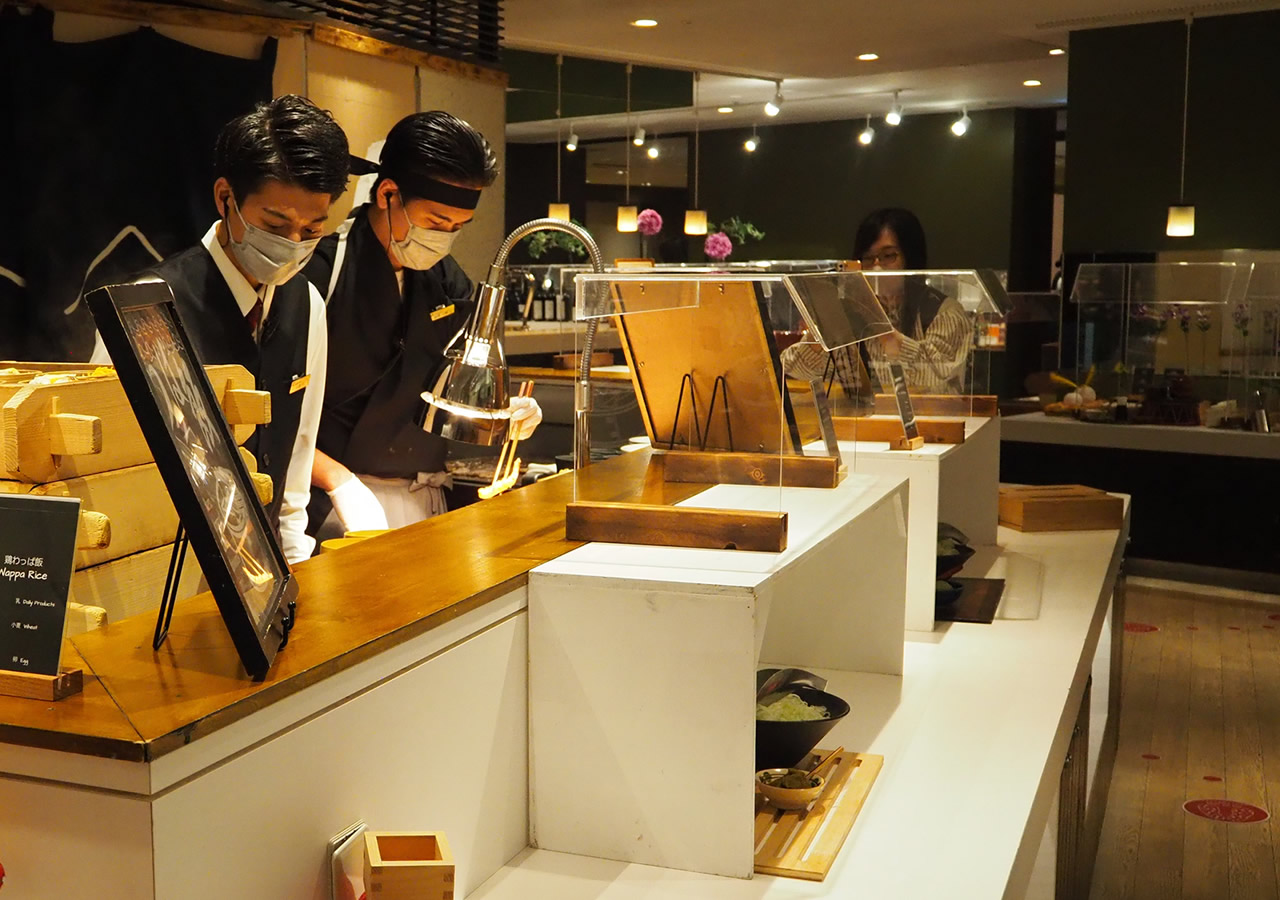 For relaxation with drinks, the lounge has a bar that offers about 30 brands of premium sake made in the Aizu region, Fukushima prefecture. Fukushima is known for quality sake breweries and has won the ninth consecutive year in the national sake competition held by the National Institute of Sake Research. I sampled some hot sake of the brand Suehiro, a jummai or pure-rice sake, and found the taste rich and sweet. It will be nice to have hot sake while sitting back in kotatsu while watching the snow falling. 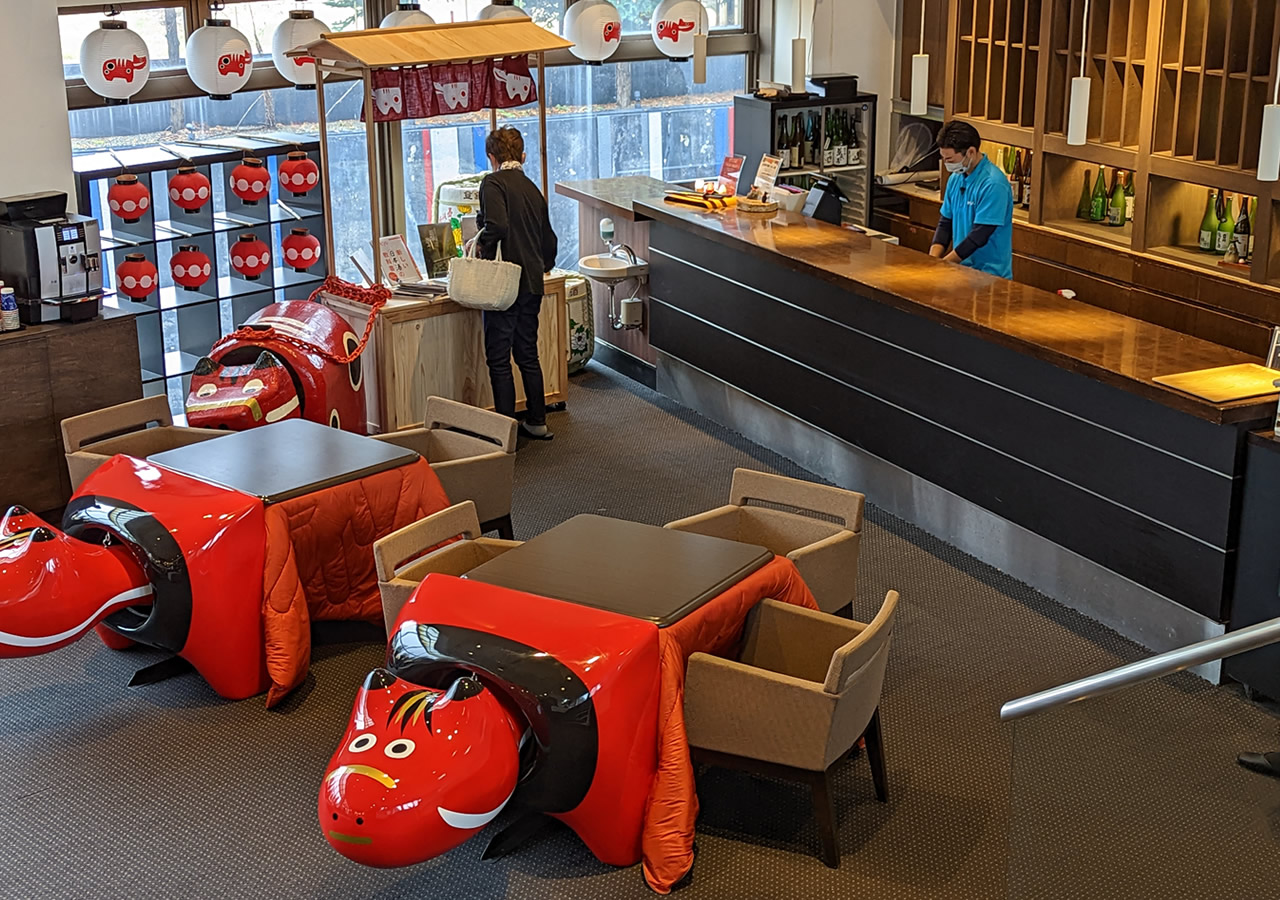 Aizu SAKE Bar with kotatsu tables in "Akabeko style"" Akabeko is an iconic folk toy of the Aizu region and is said to ward off evils.

If you are interested in sake and the food culture in the Aizu region, consider visiting Aizuwakamatsu (Aizu Wakamatsu), a castle town with easy access from Bandai. The historic districts of the city have long-established sake breweries where you can buy premium sake only available locally. The old streets with traditional Japanese houses will also be worth a stroll. 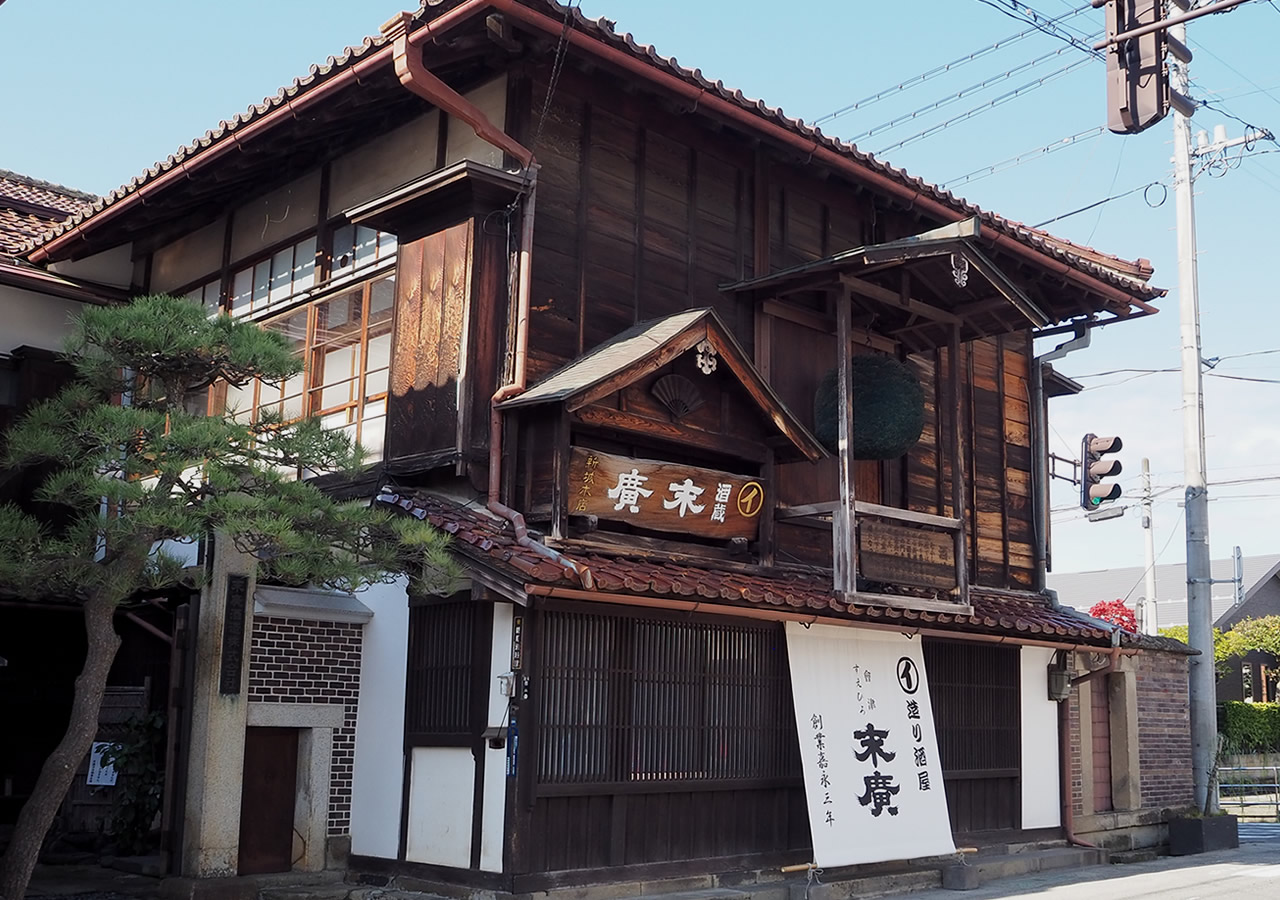 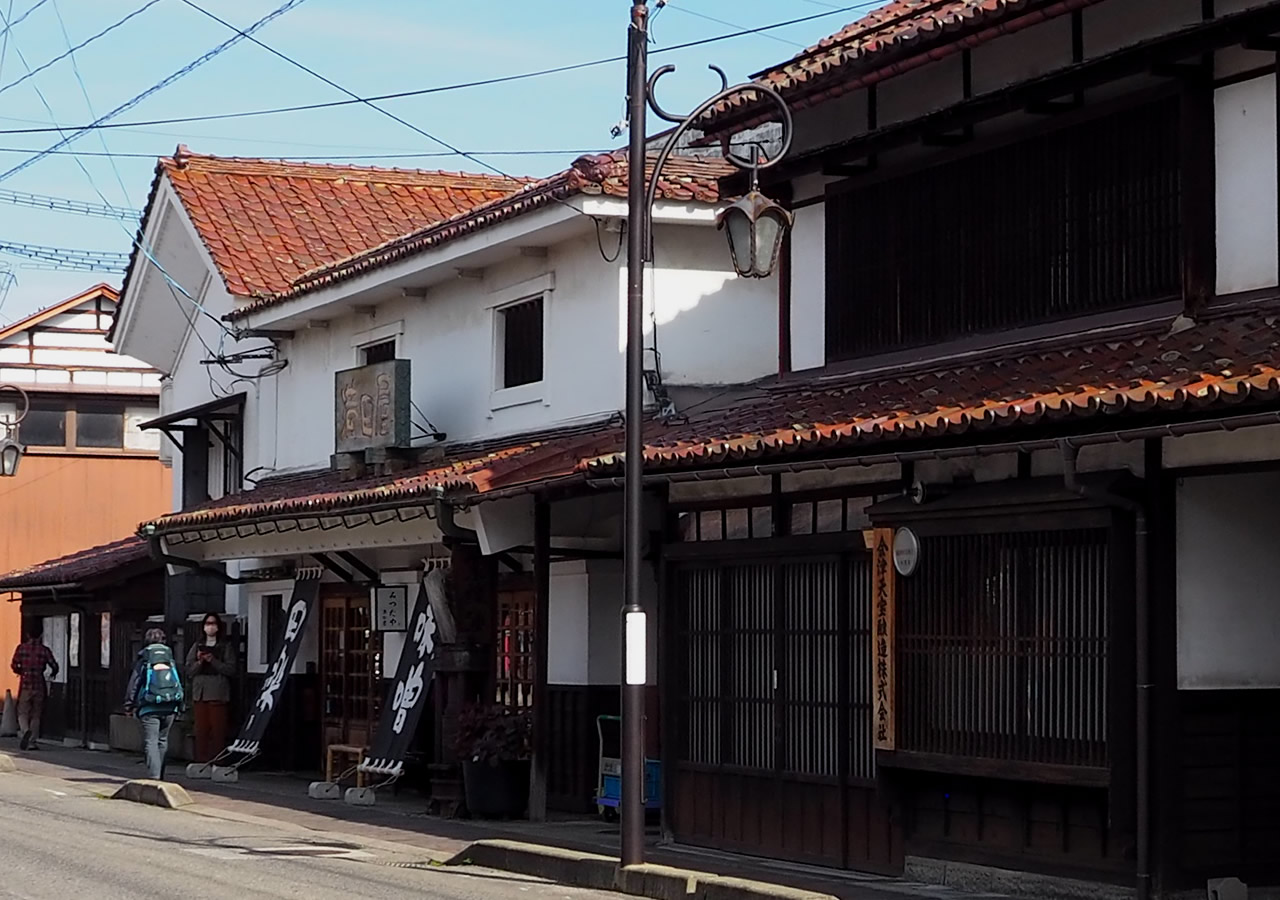 Aizuwakamatsu Station in the downtown area is reachable by the JR Ban-etsu-West train, about 17 minutes from Bandaimachi Station. From Aizuwakamatsu Station, you can take a loop bus to get around the town to do sightseeing. Yes, the bus runs to Tsurugajo Castle, the symbol of Aizu. For more info, you can ask the tourist information desk at the station. 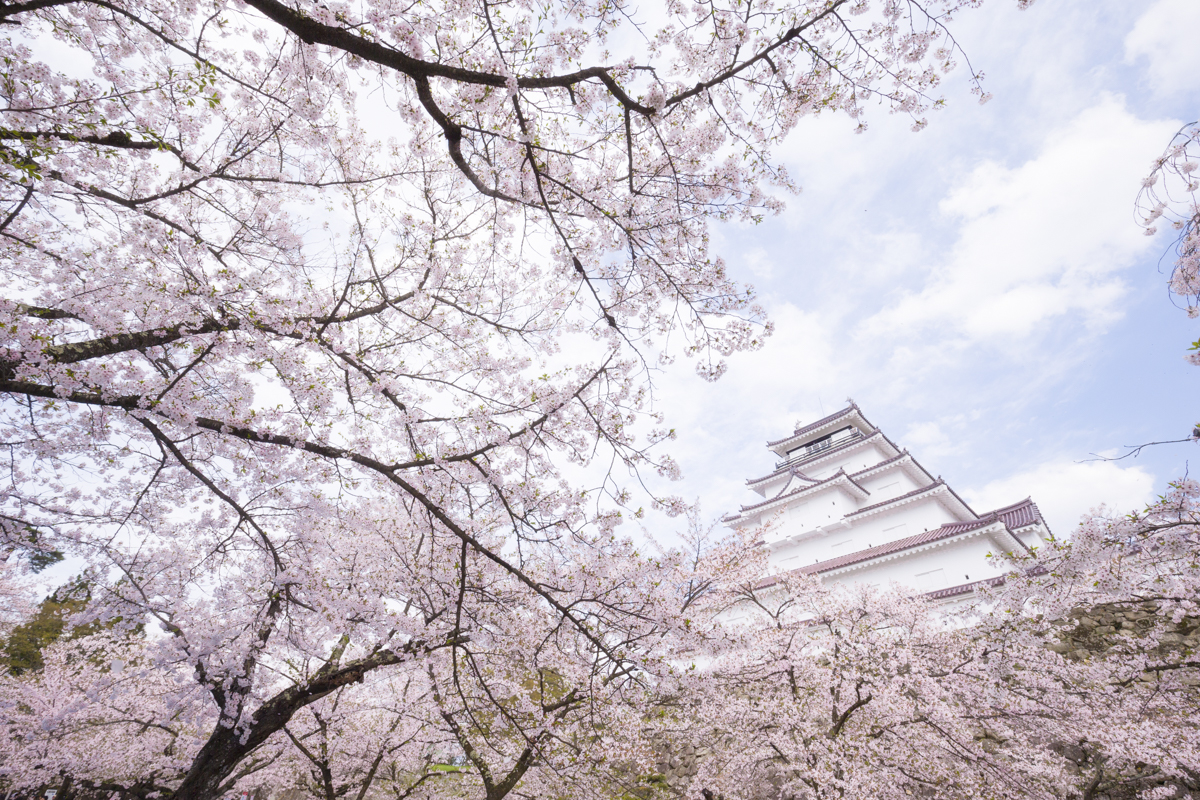