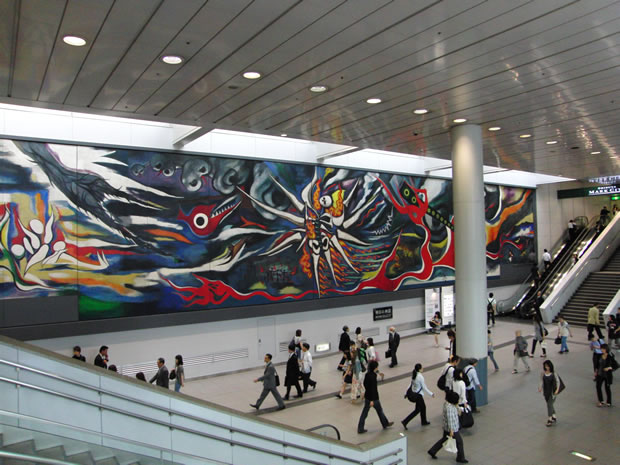 A unique Modern Art Museum nestled in the heart of Tokyo

There are several Japanese artists who are pioneers in modern art, and one of my favorite artists is Taro Okamoto. Mr.Okamoto is well known as the artist who built the Tower of the Sun in the Symbol Zone at the Expo '70 held in Osaka in 1970. He is so famous not only for his great works but also for his unique character. Maybe Taro Okamoto himself is a work of art. It is hard to explain his uniqueness in writing, and I wonder what adjectives I can use - powerful, passionate, explosive, lovely, heart-warming, pure...hmmm I don't know. Maybe, only his works can speak for themselves.

Taro Okamoto was born in 1911 as the son of a renowned cartoonist Okamoto Ippei. Taro's mother, Kanoko Okamoto, was a Japanese novelist/poet who was known for her extraordinary, passionate way of life, which influenced in Mr.Okamoto's life. Being brought up by the "funky" parents, Taro Okamoto was gifted to be an artist who was unconventional and open to new ways of creative expression. In 1930, Mt.Okamoto had traveled to Paris, France, along with father, mother, and two of the mother's young lovers. Okamoto stayed in Paris to learn arts for over ten years, where he was inspired by modern art and stepped into the creation of his own art world, as well as joined the movement of Surrealism.

His artworks, avant-garde paintings, sculptures can be found in some public places in Japan. The one example in Tokyo is the large wall painting "The Myth of Tomorrow" (明日の神話) at Shibuya Station in the concourse between JR Line and Keio Inokashira Line.

Myth of Tomorrow By Taro Okamoto at the Shibuya station

The theme of his artwork is "Peace" that has come from the bitter experiences he had through World War Two. His message calling for peace is often depicted as the sun or face of a child.

If you learn more about Taro Okamoto, the place to visit is Taro Okamoto Museum of Art, Kawasaki in Kanagawa Prefecture. This museum boasts a large collection of his artworks. The website of this museum introduces the life and work of the artist. 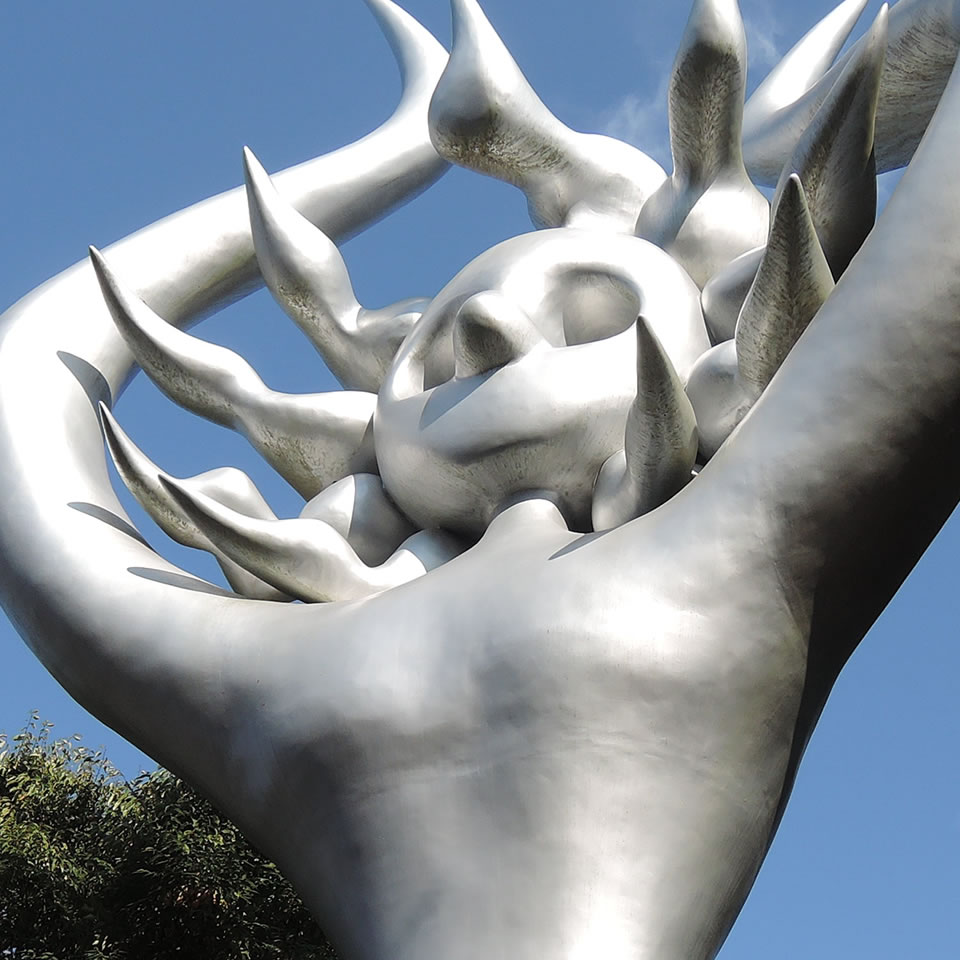 Statue of Heiwa wo Yobu (Call in piece) at Funabashi Andersen Park, Chiba

The best place to see his art in Tokyo will be the Taro Okamoto Memorial Museum in Aoyama. The museum is his former atelier residence, where his artworks are exhibited in the rooms that remain the atmosphere of his daily life.

In Tokyo there are major traditional art museums in Tokyo and they are certainly worth visiting once. However, traditional art is only a part of the history of Japanese art and you should also be aware of the modern arts in Japan as well.

Taro Okamoto Memorial Museum lies near the Nezu Institute of Fine Arts, a major traditional art museum in Tokyo. If you are interested in Japanese art, planning to visit the Nezu Institute of Fine Arts to see Japanese traditional arts, consider dropping in at this museum nearby to see his unique works. The Taro Okamoto Memorial Museum is also a lovely place to visit for those who like to retreat from the bustle of Tokyo after strolling around the Omotesandou and Harajuku area.