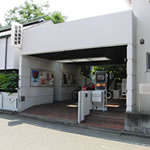 A small museum often gives you an unexpected occasion of viewing masterpieces.

Kawanabe Kyosai was a Japanese artist who was popular during the end of the Edo period and the beginning of the Meiji period. He is known as the last Ukiyo-e master (Master of Japanese Woodblock Prints), but he was also a talented painter who left many types of artworks, such as sensitive drawings of women in colorful Kimono and ink paintings of a lone crow. Kawanabe was a humorist and known as a man of spirit who criticized politicians through satirical drawing.

In spite of his splendid achievements and reputation during his time, he is not well known now as much as other Ukiyo-e masters, like Katsushika Hokusai in Japan. Kawanabe Kyosai's reputation outside of Japan is probably larger than in Japan.

Maybe it is because he drew many fantasy creatures that can be associated with ”Japanimation” or anime, like Japanese monsters, ghosts or other ghouls. Another reason might be that Josiah Conder studied painting under Kawanabe Kyosai in the 1880s, and he published a book to introduce the artworks of Kawanabe Kyosai to the world. Josiah Conder is most known as a British architect who designed historic buildings in Japan. 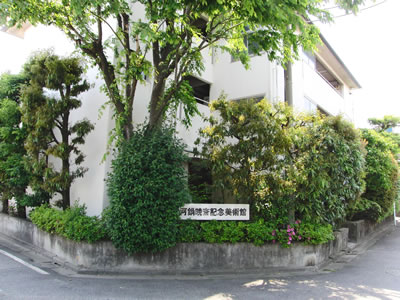 The curator says international travelers visit their museum to see Ukiyo-e prints as there are not many galleries exhibiting Ukiyo-e prints as a regular exhibit in Japan. She also says they often have foreign visitors who are studying the art of drawing Tattoo's. 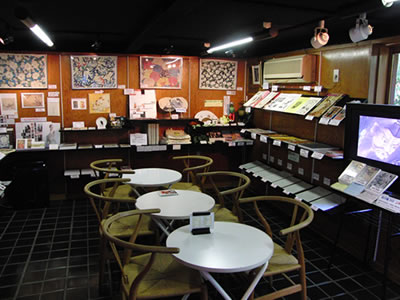 The shop has a small Café and the lady who is the shop assistant is very friendly and speaks English.

How to get to the Kawanabe Kyosai Memorial Museum

The museum is located on a residential street and it takes about 20 minutes on foot from the JR Nishi Kawaguchi Station 西川口駅 on the JR Keihin Tohoku Line. You can go by bus or taxi from the station. For details, please see their official website.
About 20-min train fride between Ueno and Nishi Kawaguchi.