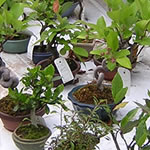 In Ueno, there is a large park originally part of the precincts of the Kaneiji Temple that was part of the Tokugawa Shogun's family temple during the Edo period. Currently, Ueno Park consists of a combined national museum, science museum, art museum and Zoo! Ueno Park is always crowded with many visitors, where people who come to Ueno tend to visit only these attractions in Ueno park, but there are many other interesting B-Movie Style of Nearby Attractions.

In the next building, there is an open-air space selling Bonsai plans and supplies where you can look around freely. 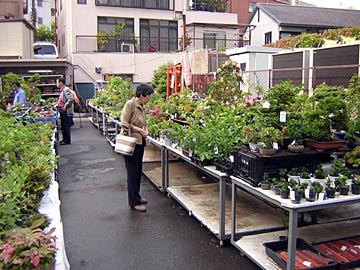 The open-air Bonsai market. You can go inside freely. It is fun just looking around.

Bonsai is getting popular among young Japanese

When I visited there, I saw a young boy in hip-hop style buying a Bonsai plant and listening to the shop attendant explaining how to take care of Bonsai so diligently. 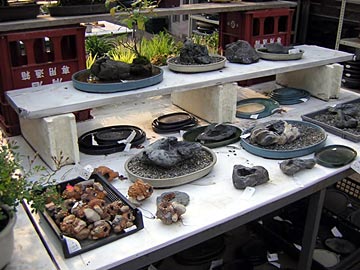 Ueno Green Club is located at the edge of Ueno park near Ueno Aquarium.

Admission
Most of exhibitions are admission free. However, it occasionally charges for special exhibitions. Admission for Open-air Bonsai market is free.