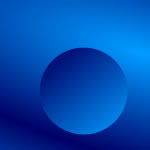 The following are some Anime, Manga events in Tokyo. Here you can also find information on Anime Museums, Stores, and Amusement Faculties.

The largest Comic (Manga) Market held at Tokyo Big Sight in Tokyo, where Doujinshi are sold and Cosplayers get together. Doujinshi are manga magazines published by a group of creators. This event is held twice a year in August and December
Held in August & December
Venue: Tokyo Big Sight, Odaiba, Tokyo
https://www.comiket.co.jp/

An Anime event for kids only . Admission is free for kids and thier parents
Held in March
Venue: Tokyo Big Sight, Odaiba, Tokyo
https://www.family-animefesta.jp/

A museum dedicated to Hayao Miyazaki, creator of anime movies; Spirited Away, Princess Mononoke, and My Neighbor Totoro. The museum concept takes the form of a giant maze with a warning, roughly translated from Japanese to English, "Let's Lose Our Way, Together."

To obtain tickets to the Ghibli Museum, you must purchase in advance and get registered tickets before coming to Tokyo. Go here to Order Tickets outside of Japan: https://www.ghibli-museum.jp/en/tickets/

Suginami-ku in Tokyo is known as the city where many Japanimation creating companies are located at.
Location: Suginami-ku within Tokyo 23 Words.
Getting there: 20 min walk from Ogikubo Station (North Exit)
https://sam.or.jp/

This facility in Shibuya presents animation and manga exhibitions in real and virtual to share Japanese animation culture and expand the joy of animation. d
https://tokyoanimecenter.jp/en/

A corporate museum in Mibu, Tochigi Prefecture. Exhibits toys produced by Bandai, the company known for Gandam and Sailor Moon.
Getting there by train from Asakusa:
From Tobu Asakusa Station, take the train (Express) to Tochigi station, where you change the train (local train) to Omochano Machi Station. 10-min walk from the Omochano Machi Station.
https://www.bandai-museum.jp/

Kawasaki-shi Fujiko Fujio Museum (in Kawasaki, Kanagawa)
http://fujiko-museum.com/
This museum exhibits the characters like Doraemon created by the Manga artist Fujiko Fujio, This museum includes felicities like an amusement-park.

https://www.tokiwasomm.jp/
Built in 1962, this muses is the former apartment where young manga artists used to live, work together, and started their careers to be renowned manga masters - Tezuka Osamu, Fujiko F. Fujio, is the name of a few.

https://www.hasegawamachiko.jp/ (Japanese site only)
Hasegawa Machiko is a Manga artist who made "Sazae-san". In 1969, "Sazae-san" began as a TV animation, and the program is still on the air today.

https://www.pokemon.co.jp/gp/pokecen/
Pokemon centers, stores, and cafes across Japan can be found on their official website.

https://www.puroland.jp/
An amusement facility of Sanrio’s characters, including Hello Kitty.

This TV station in Tokyo broadcasts so many Anime programs. Why not check out some of them while in Tokyo.
https://s.mxtv.jp/anime/

A number of large, well known travel agencies from Japan offer anime tours. Consider making a reservation for these tours while you are ordering your airline tickets to Tokyo
Anime Tourism Association