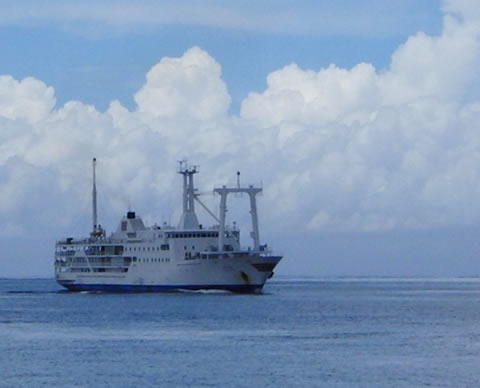 Toshima Island is one of the islands in the Izu Shoto Island chain, that lies approximately 147 km away from Tokyo. Among all the islands in the Izu Shoto island chain, Toshima Island is the second closest island from downtown Tokyo. It takes only 2 hrs. and 20 minutes by high-speed boat to arrive at the island, departures are from the Tokyo Takeshiba Terminal. Despite the good location, Toshima Island is not so well known among Japanese people, even Tokyoites. This island receives a very small number of tourists or about 2 to 3 visitors a day, in the high season.

One of the reasons for this obscurity is that the Toshima Islands is a small, hard-to-reach island due to it’s infrastructure; having no harbor that often causes waves to block ships from docking at the port. The chances of successful arrival at the port for high-speed boats is 50% in the summer and 10% in the winter. The possibility of a successful arrival is somewhat better for large passenger boats, this tells you that your arrival depends on the sea conditions, in other words, it depends on luck. 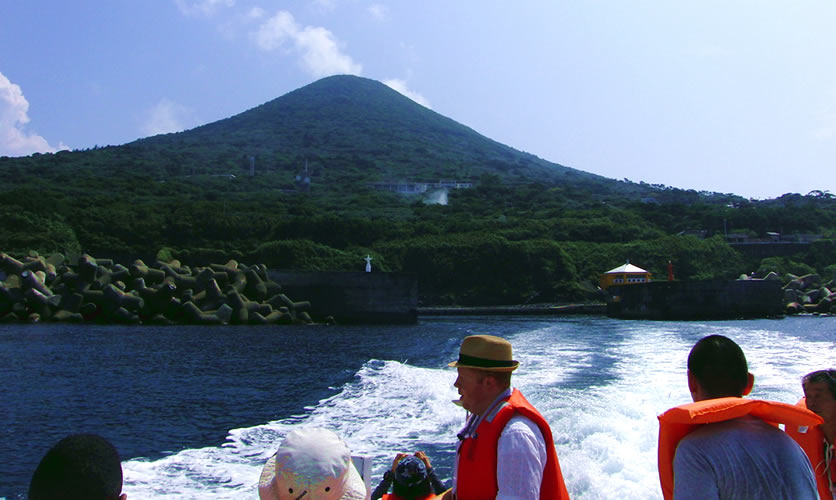 Toshima Island has one small village with a population of 300 people, living in the north area near the port. There is no public transportation available; no buses and no taxies. To reach the village, you have to walk up a sloping road to the mountain, which begins from the port. Don’t expect flat roads, instead, expect more scenic views of the ocean while ascending the mountain. 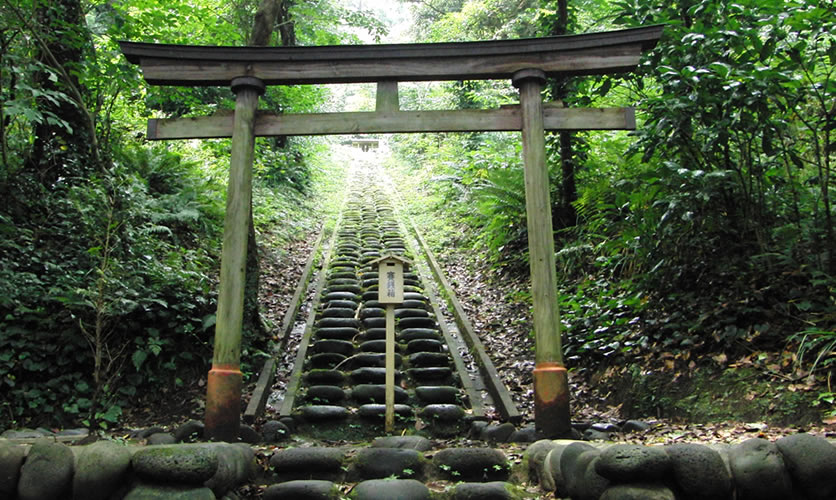 Azusawakenomikoto Hungu Shrine. This shrine is a cultural property of Tokyo. Remember Toshim Island is a part of Tokyo….

Although Toshima Island is still hard to reach to this day, it has a long history of inhabitation. It says people started to live on this island about 6,000 years ago. There is no specific records, but quite a few excavated articles were found on the island; with obsidian tools or vases made in ancient times, and ritual articles brought from mainland Japan during the period of 800 to 1600.

You will find historical buildings that have remained on the island, with a few old shrines nestled in the woods. It is a common custom in Japan that one or two shrines were constructed per village, however, it is rare that one small village like Toshima village has such a large number of shrines. These shrines indicate that the people and culture of this island is deeply rooted in religion. The culture was also shaped by the rough climate, and in fact, there is a legend that Miyatsuka-yama used to be a pyramid.. 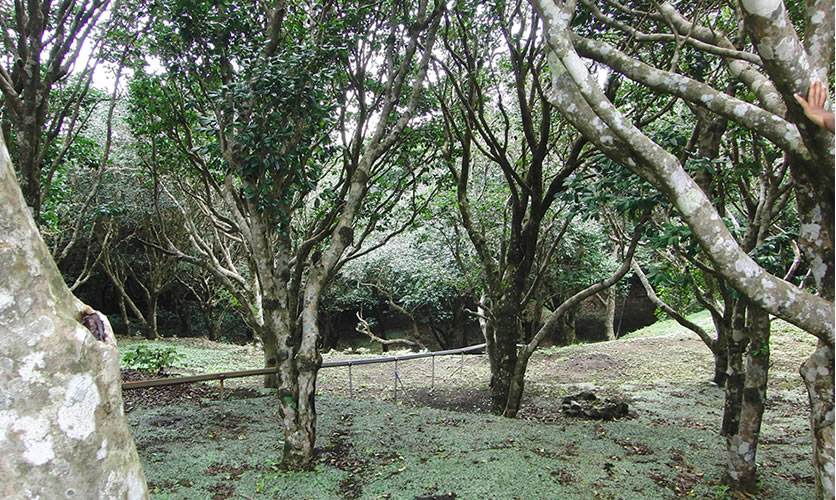 The major industry of Toshima Island is the production of Tsubaki-abura, or Camellia Oil. Amazingly, 60 % of all camellia oil in Japan is produced on this small island, as 80% of the island is covered in camellia forests where some 200,000 productive trees bloom in winter. Since camellia trees grow slowly, it takes a long time before for the tree to be productive enough to pick the seeds. For people in Toshima Island, the production of the camellia forests is a gift handed down from their forefathers, and nurtured from generation to generation.

The usage of camellia oil is similar to olive oil; it is edible and used in cosmetics. The difference between camellia oil and olive oil is that camellia oil contains more oleic acid and expensive due to scarcity. Only 100cc or 200cc of oil is produced from 1 kg of camellia seeds. In Japan. Camellia oil is traditionally used as a hair styling oil for Sumo wrestlers, and it is recently getting popular with young Japanese ladies, as the oil helps makes skin smooth and the luster of hair.