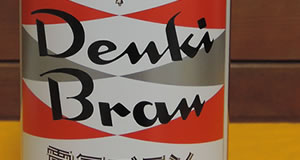 Asakusa, the touristy town in Tokyo, used to be a mecca of entertainment before the coming of TV era in Japan. The town had numerous attractions - comedy theatres, movie theaters and operetta theatres, where many people came from all over Japan to see the plays and experience “the latest trends” started from Asakusa. Denki Bran, a liquor born in Asakusa, is one of the remains from those good old days, still beloved by people in Tokyo.

Denki Bran is a cocktail beloved over 120 years

In 1882 Denki Bran was first produced by the founder of Kamiya Bar 神谷バー which has been in business in Asakusa to this day. Denki Bran is a cocktail containing gin, wine, curacao, herbs and others blended with a secret recipe.

Being subtly sweet and easy to drink, it was not long before this golden brown cocktail became popular among people coming to Asakusa, including renowned Japanese authors, Nagai Kafu or Dazai Osamu, and now Denki Bran has been a signature cocktail. 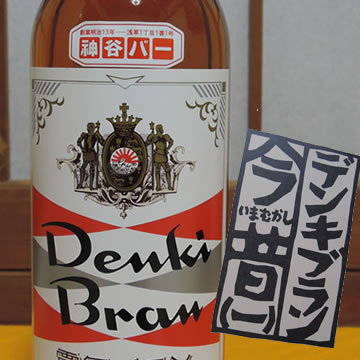 Denki means "electric", used to be a cool, trendy word

The time when Denki Bran was first sold, it was in the beginning of the new era of power energy “Electricity” or Denki, a brand new Japanese word created in that time. People found the word Denki sounds so modern that they loved to use the word to name anything.

Since Denki Bran was a first-ever unique cocktail sold in Asakusa, besides it had a 45 percent alcohol content that was rather high compared to other Japanese liquors, the cool, exhilarating sound of Denki was the best fit for the cocktail’s name. 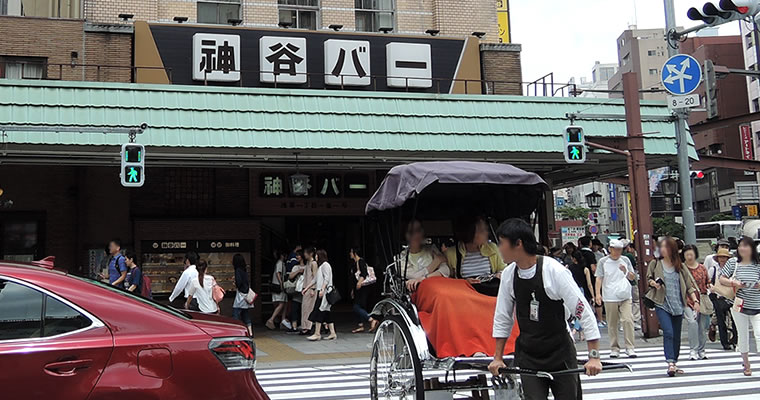 Where to enjoy Denki Bran

Denki Bran is served at Kamiya Bar, the building located at the corner about 100m away from Kaminarimon gate, near Azumabashi Bridge. The Kamiya Building has a bar on the grand floor, a restaurant on the second (first) floor, and an authentic Japanese restaurant on the third (second) floor. The place to enjoy Denki Bran is the bar on the grand floor (1F).

To order food and drinks at Kamiya Bar, customers are to buy tickets at the counter. The system goes like this; You buy tickets (per food/drink) to order at the counter and take a table, then a waiter comes to clip the tickets.

There are 2 types of Denki Bran, one is Denki Bran デンキブラン with 30% alcohol, and other is Denki Bran Old 電氣ブランオールドwith 40% alcohol. Both Denki Bran is served with a glass of ice water. Regular customers, mostly middle-aged gentlemen, often drink beer as a chaser together with Denki Bran. Denki Bran with soda is popular more among younger customers.

Not only at Kamiya Bar, Denki Bran is also served at other bars in Tokyo. In fact, bars or Izakaya offering Denki Bran with soda is increasing in number while drinking whisky drinking with soda (call Highball in Japanese) is getting popular.

Also, Denki Bran is sold at liquor shops in Asakusa and is available to buy online (You must be 20 years old or order).