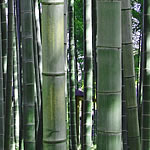 Omiya City in Saitama prefecture lies in the north of greater Tokyo area, is known for the large interchange station “Omiya Station”, always crowded with people heading for and come back from the central Tokyo. For people using Omiya station is just a place to take trains, and the charm of Omiya tends to be overlooked, but Omiya City has various attractions as the town with a 2000-year history.

Hikawa-jinja Dhrine (Musashi Ichinomiya Hikawa Jinja 武蔵一ノ宮氷川神社)
If you are familiar with shrines in Tokyo, you might notice that there are a number of shrines called Hikawa-jinja. The Hikawa-jinja in Omiya is the main shrine of all the Hikawa-jinja shrines in Japan, and has more than 2000 years of history. In fact, the name of the town “Omiya”, meaning “a large shrine” in Japanese, is derived from this shrine.
* Jinja means shrine in Japanese 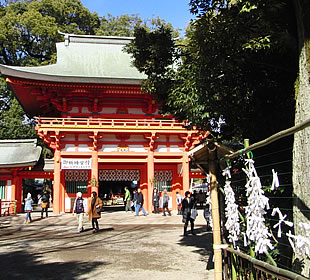 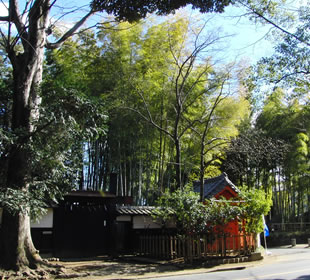 Omiya Park, where Hikawa-jinja Shrine is situated in, has approximately 1200 of Sakura or cherry trees and is selected as one of Japan’s 100 best sites for Sakura blossoms. In the park, there is also a tiny zoo and a Japanese garden both of which are admission free.

Historically, Bonsai is a major industry in Omiya and the town has been promoted as a Bonsai village where 5 Bonsai gardens offer unique types of Bonsai. Omiya Bonsai Art Museum is the world’s first public museum of Bonsai art, visited by celebrities as well as Bonsai fans from around the world. 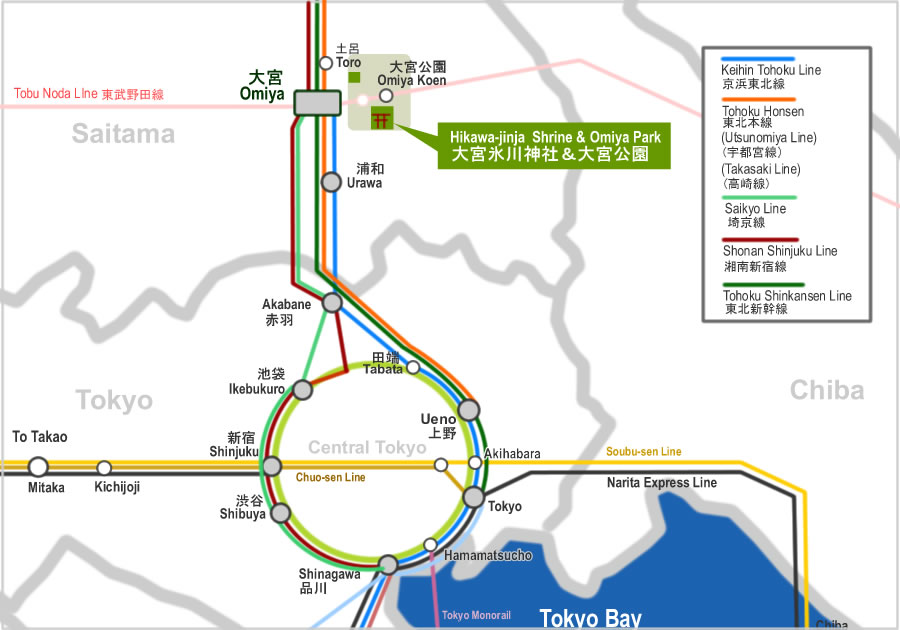 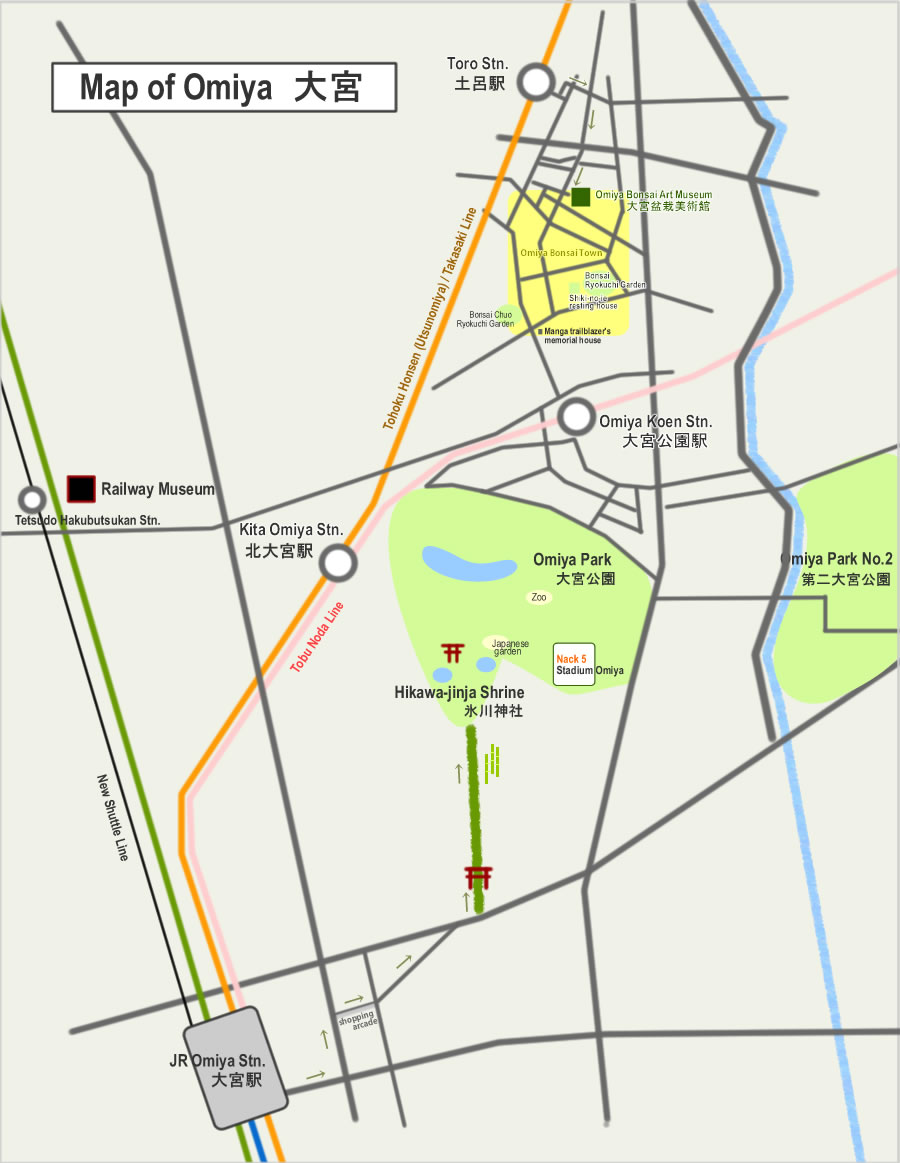 Getting to Hikawa-jinja Shrine and Omiya Park