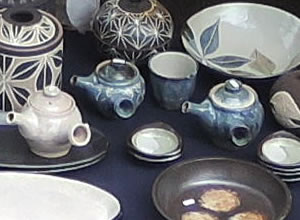 Mashiko Toukiichi 益子陶器市 is one of the largest pottery market held in Mashiko in Tochigi prefecture, famous for its pottery production called Mashiko-yaki. During the event, more than 500 pottery stalls line along the streets and various types of potteries are sold, such as tea cups, rice bowls and Ramen bowls, designed in a traditional or modern Japanese style.

Mashiko 益子 is a town located in the south east area of Tochigi prefecture, about 140km away from the central Tokyo. Producing quality clay, Mashiko has developed as a pottery town and potteries created in Mashiko are called Mashiko-yaki Potteries. Many potters have studios in Mashiko and their works are sold at stores in Mashiko. The number of the pottery studios and the stores in Mashiko reaches nearly 350 in all. 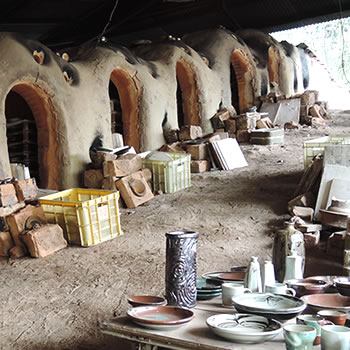 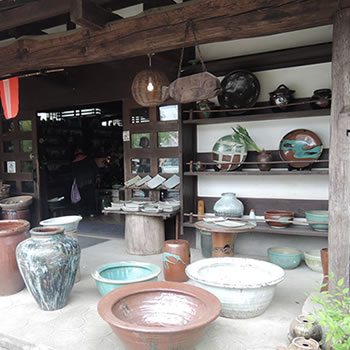 Since 1966, Mashiko Pottery Market is held twice a year, for about 10 days in spring, and 4 or 5 days in autumn. Not only from Mashiko town, pottery artists and vendors from all over Japan also join the market to sell various potteries. This popular market is so large that it takes all day long to look all around the stalls there. Also, the market gets crowded in the afternoon. It is recommended you visit early in the morning (It starts at 9:00AM). 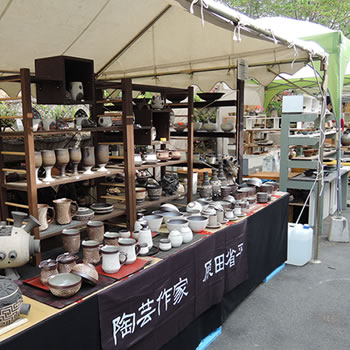 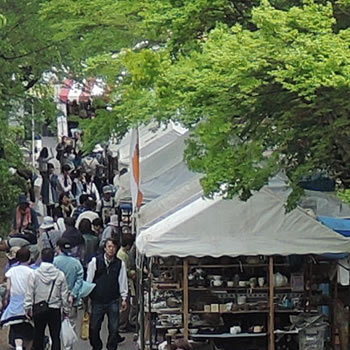 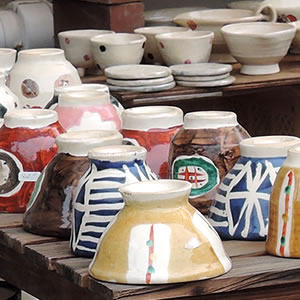 The best market to get "Mai(My)-Ochawan", a personal rice bowl

While staying with a Japanese family, having dinner together at their house, you will soon notice that the Japanese have her/his own chopsticks and rice bowl (Ochawan), and it is almost like a taboo to use those of others, even people in the family. It seems Japanese people have a strong attachment for their everyday dinnerware. Whatever else it might be, finding a very favorite ones at pottery markets is an attraction for Japanese people, and it will of course be fun for anybody.

By Train | From Ikebukuro 池袋

About 2 hours 30 min, 2250 JP Yen in total.
From JR Ikebukuro station, take Shonan-Shinjuku Line train (1hr 16min ride) to get to Oyama station 小山駅 (1hr 16min) and then, change train there to take the JR Mito-sen Line 水戸線 bound for Shimodate station下館駅 (23min ride). From Shimodate station 下館駅 of Mooka Tetsudo Railway 真岡鐵道 take a local train bound for Mashiko station 益子駅 (41min.). It is about 15 min walk to the market place from the Mashiko Station.

By Train and Bus | From Ikebukuro 池袋

By Train and Bus | From Ikebukuro 池袋
About 2 hours 30 min, 3090 JP Yen in total.
From JR Ikebukuro station, take a train on the Shonan-Shinjuku Line 湘南新宿ライン and get off at Utsunomiya station 宇都宮駅 (1hr 31min. 1940 Yen). From Utsunomiya station (West Exit), take Touya Bus東野バス bound for Mashiko station 益子駅 (1-hour ride 1150 Yen). A 15-min walk to the market place from Mashiko station.

*The bus runs every one hour or so.
Time Table by Noya bus service
http://blog.mashiko-kankou.org/access/tb_timetable.shtml

By Bus from Akihabara 秋葉原

Take the bus Kanto Yakimono Liner 関東やきものライナー bound for Mashiko Station. Get off at "Tougei Messe Iriguchi 陶芸メッセ入口" (next to the last stop "Mashiko sta".) so you don’t have to walk from Mashiko station. There is a tourist information office near the bus stop. 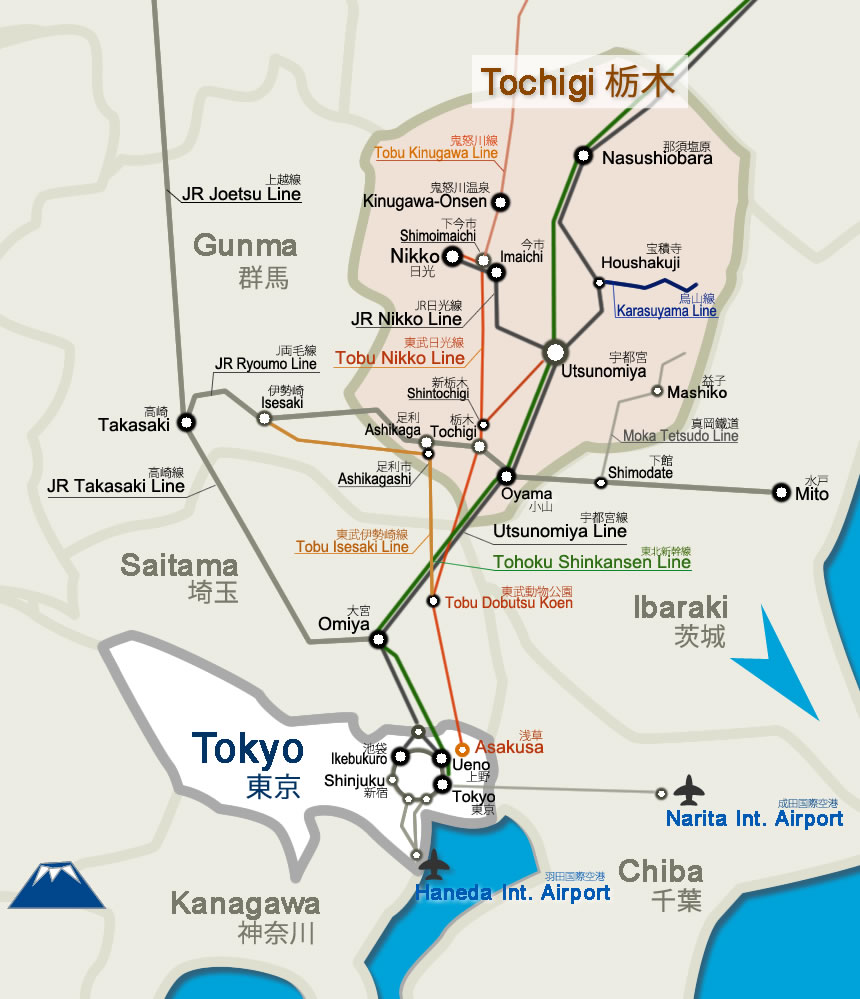