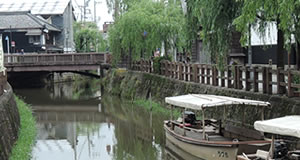 Sawara 佐原 in Katori city 香取市, Chiba Prefecture, is an old town lies in a natural waterway district known for its cherished old townscape. Sawara is designated as a conservation area for historically important buildings. The town is often used as a location for filming TV dramas and movies, which is recently making Sawara more popular among tourists, especially from Asian countries.

Sawara was formerly a rice-growing region, developed as a logistics base for river transportation to transport rice to Edo City (former Tokyo). The waterway development also encouraged business in Sawara; wealthy merchants had built solid houses along a stream in the central town, which visitors can still find. 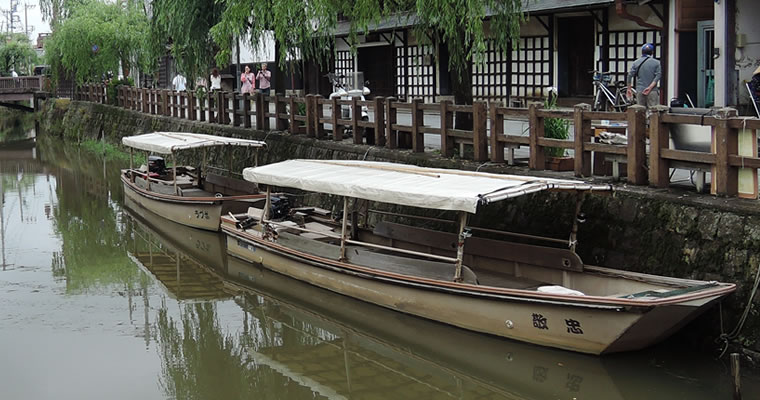 The houses were built about 100 years ago. Compared with brick houses, wooden houses are hardly preserved. 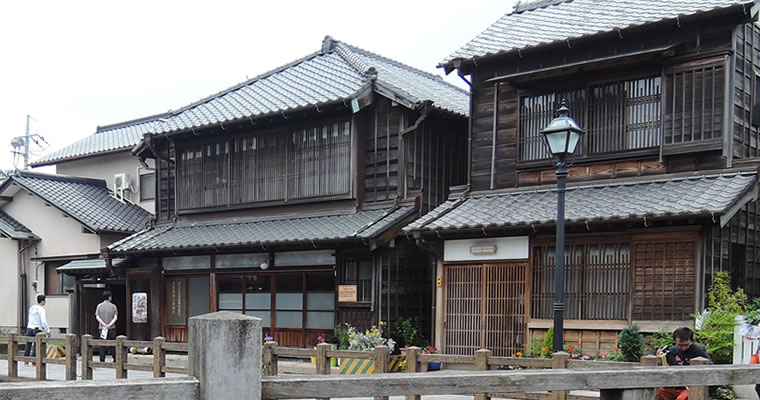 This aquatic botanical garden is the most exquisite Japanese Iris garden in Asia, where 1500 thousand iris in 400 different varieties are planted. The irises are at their peak from May to June. In July and August, visitors can enjoy the splendid view of lotus flowers, the largest collection in Japan, including more than 300 varieties. Admission fee varies depending on the season. (200 JP Yen or 800JP Yen). 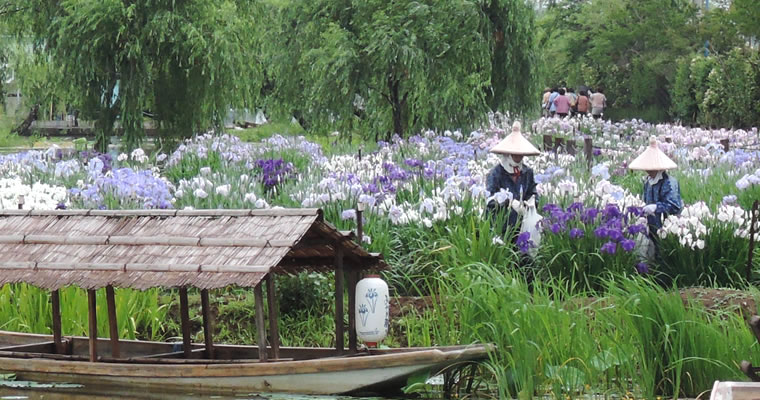 Another popular attraction near Sawara is waterway tours in Itako City, about 1km away from Sawara Ayame Park. Itako is a city in Ibaraki prefecture and is also known for Japanese iris in Itako Ayame Park.
Departing from the boarding point near Itako station (on Kashima-sen Line), the boat slowly travels under small bridges called Katozu Juunikyou 加藤洲十二橋 (The Twelve Bridges). There are several routes; 30-min, 40-min, 50-min, and 70-min courses. The fees are between 5000 and 7000 JP per boat for up to 5 people, depending on the route. For extra passengers, 1000 to 1400 JP Yen is added per person.

In Sawara, there are also small boat tours available. The one is in the old town to travel along the Onogawa stream, and the other is in the Suigo Sawara Ayame Park. One of these boating tours may be an option for tourists who want to take a shorter tour.

Another must-see spot in the Sawara area is the Katori-Jingu Shrine, one of the largest and major shrines founded about 2600 years ago. In Japan, there are 400 shrines named "Katori"-jinja(=shrine), and the "Katori"-Jingu(=prime shrine) is the head shrine. 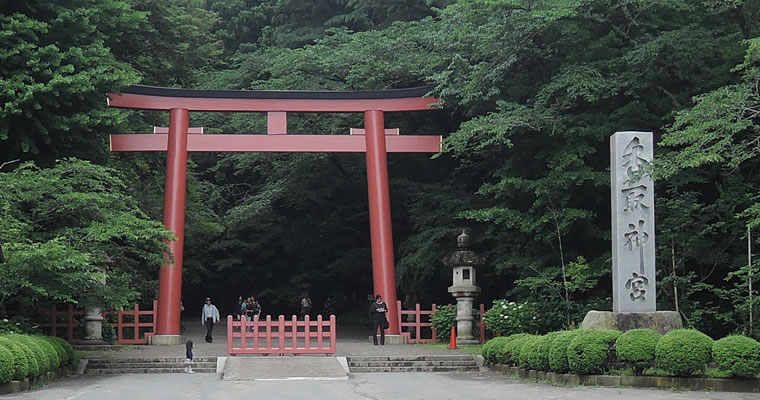 Katori-jingu Shrine lies in a forest.

Sawara area also has places where various water sports can be enjoyed, such as boating, canoeing, and fishing. On weekends, cars towing a boat or a jet ski bike can often be seen on the streets there.

The Sawara area in Katori city is located on a flatland, it is perfect for cycling. You will get a great feeling while cycling on the road in Tanbo rice fields. 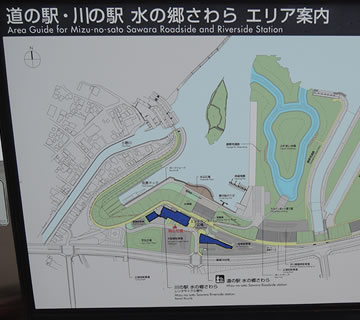 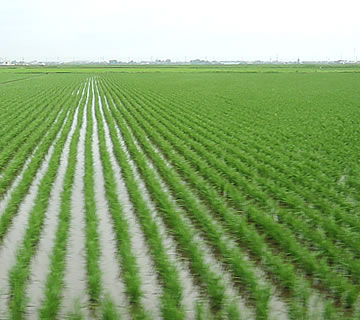 Cycling is actually the most convenient way to make a tour around in Sawara area as tourist spots are not located in one place, and the public transport is not much convenient to get to each destination. For example, the distance between JR Sawara Station and Katori Jingu Shrine is about 4.6km, which will be a 1-hour walk or 10 min by taxi. It is about 9.5km between Sawara Old Town and Suigo Sawara Ayame Park, the aquatic botanical garden where the bus is infrequently served every one hour or so. (almost every 2 hours on weekdays). Bicycle rental services are available at the Tourist information office near JR Sawara Station (1-min walk), at Sawara Machinami Kouryukan (Get-together facility), and the roadside station (Michi-no Eki) on the Tonegawa riverside. The rental fee is 300 JP Yen per bike for a day (10:00 AM-16:00).

Bicycle rental services are available at Tourist information office near JR Sawara Station (1-min walk), at Sawara Machinami Kouryukan (Get-together facility), and the roadside station (Michi-no Eki) on the Tonegawa riverside. The rental fee is 300 JP Yen per bike for a day (10:00AM-16:00).

Getting to the Sawara area from Tokyo (Ueno) by train

From Keisei Ueno Station, take the Keisei Honsen train (Travel time 70 min.) and get off at Keisei Narita station. Take a one-min walk to JR Narita Station about 50m away.
From JR Narita Station, take a train on the JR Narita-sen Line JR成田線 and get off at Sawara station 佐原駅 (Travel time: About 30 min.).
A 10-min walk from Sawara station to the old district.

JR Line (Kashima-sen/Narita-sen) is served between Sawara sta. and Itako sta, about an 11-minute ride.

See a llist of Hotels in Narita, Japan