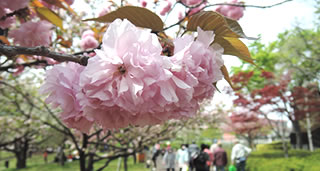 Toshi Nogyo-koen Park, or Tokyo Agricultural Park, is a rest point on the Arakawa Riverside for cyclists, provides one of the best flower viewing spots in Tokyo.

A recreation area on the Arakawa Riverside, known for flower viewing

Lies on the Arakawa Riverside in the northern area of Tokyo 23 wards, Toshi Nogyo-koen Park 都市農業公園 (Nogyo-koen in short) is an agricultural park where people can get familiar with nature and farming in Tokyo. Kids can grow and harvest vegetables in the fields at this park, and visitors enjoy strolling through the flower fields filled with seasonal blooms; Nanohana(canola), Turnip, Cosmos, and Yae-zakura (Yae Sakura) cherry blossoms. 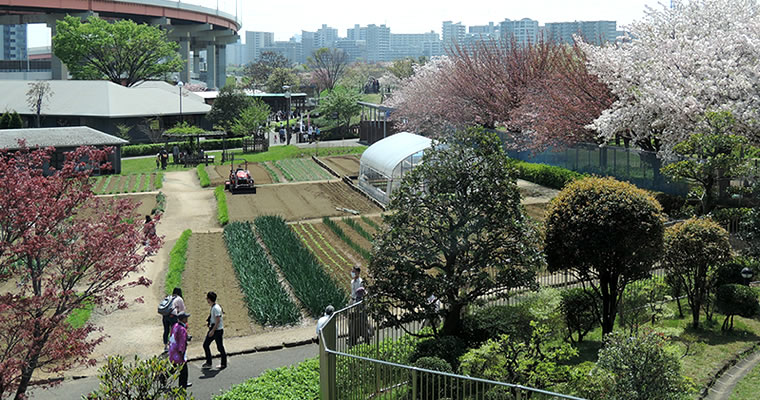 The vegetable garden in the park. There is also a glasshouse, herb garden as well as green space.

A Good Rest Point for Cyclists

Toshi Nogyo-koen Park has actually been a rest point for cyclists who want to take a break while cycling along the Arakawa River. The parks' facilities include public toilets, sitting area, picnic area, which are hardly available in the cycling route on the Arakawa Riverbank. 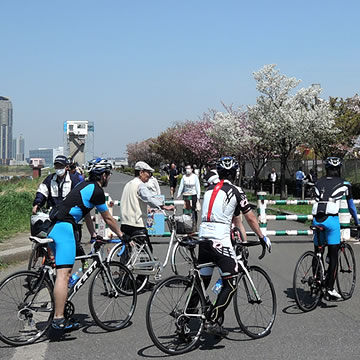 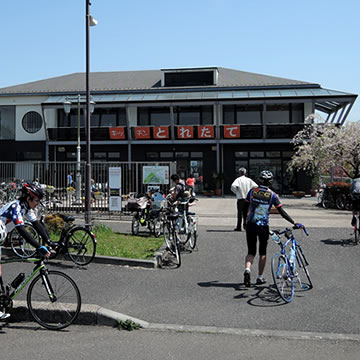 In fact, getting there by bicycle is the best way as this park is not within easy access by train. The Arakawa Riverside has one of the best cycling roads in Tokyo - no traffic light, sets you free from a traffic jam.

One thing to know is that the cycling road is located on the west side of the river, and the Toshi Nogyo-koen Park is on the east side. If you want to reach the park from the cycling road, you need to cross one of the bridges to go over the river. You can also travel by bike on the road along the east side bank, but watch out for runners and walkers there.

Here is a story about Sakura cherry blossoms at Toshi Nogyo-koen Park
In the early 1900s, A village near this park used to be a famous Sakura viewing spot. The village people asked for planting 3000 cherry blossoms in 78 different varieties when constructing the riverbank in their village. These cherry blossoms were collectively called Goshiki Sakura (5-color Sakura, expresses colorful blooms) and the village had become a major tourist destination.

In 1912, the 3000 Goshiki Sakura in 12 varieties were given to Washington D.C. for friendship between Japan and the USA, which are now known as the cherry blossom on the Potomac River. The first Goshiki Sakura blossoms in the village were gone later due to the war and extensive urbanization, but the cherry trees were donated for recovery by Washinton D.C. in 1981. Those of 82 blossoms in 34 varieties have planted in the Toshi Nogyo-koen Park. 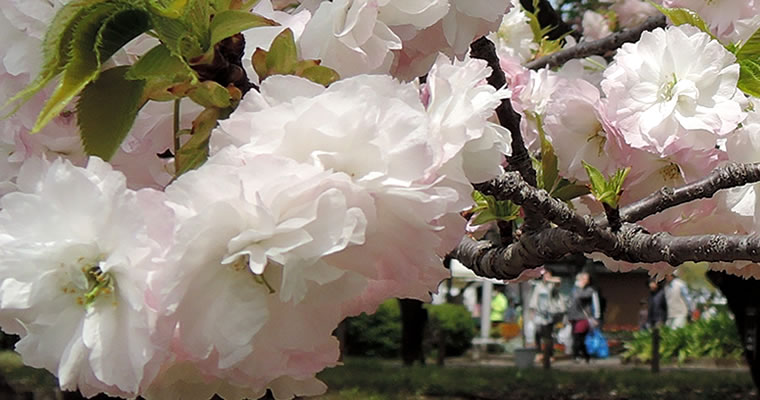 For those going there by bike in late April, taking the side-path under the expressway will be a good choice if they don’t care a bit uncomfortable ride. The side-path leading to the Nogyo-koen Park is all lined with cherry blossoms. 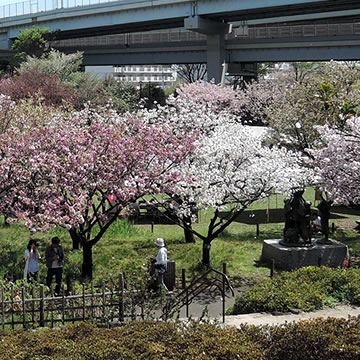 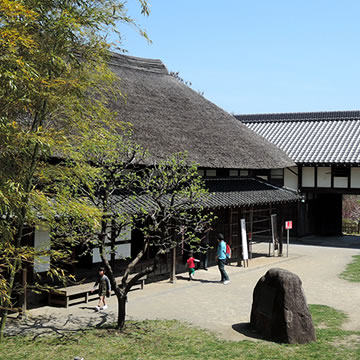 The Former Asano Family House built in the Edo period. This old farmhouse rebuilt in the park, open for everybody to take a rest.

The best way is to get there by bicycle. The park is not within easy access by train, needs you to take a bus from one of the stations; Nishiarai Station or Akabane Station. For those coming by car, there is a parking lot with a fee of 100JPY/30min per car. 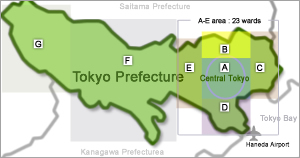