Miyakejima, an island for "Starting Over", with rejuvenating forests that will help people grow more spiritually 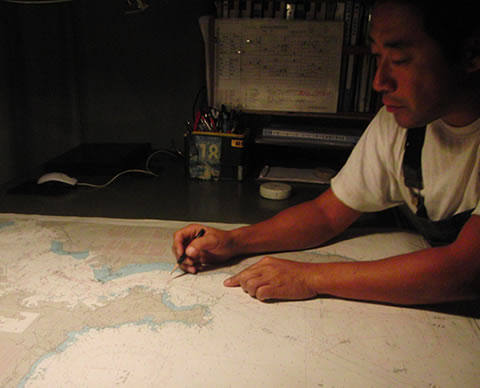 Your journey will start at night

The Izu Shoto Island chain of the Tokyo Islands includes 9 islands where you can travel by boat or by air from the mainland.

Since Miyakejima in the Izu Island Chain is farther than the other islands like Oshima, Niijima and Kouzushima, you will need to take an overnight passenger boat that takes approximately 7 hours. You can also travel to Miyakejima by air from Haneda airport, but most of people take an overnight passenger boat because of the lower fare and convenience.

The advantage of traveling by overnight passenger boat is that it departs at night, around 10:00 PM. After working or doing some sightseeing in downtown Tokyo, you still have a time for enjoying dinner before taking the boat. Once the boat leaves from Takeshiba Sanbashi Terminal, you will experience vivid night views of Tokyo Bay, where you can see the Tokyo Tower and dozens of other buildings glittering with a thousand lights.

When the Rainbow Bridge and other buildings along Tokyo Bay become smaller in the distance, you will be enveloped by darkness. Time to relax and go to sleep. It is recommended to sleep early while the boat is still traveling in the gentle waters of the Gulf. Otherwise, you might have difficulty falling asleep when the boat reaches the area where Kuroshio or the Japanese Current flows, usually with large waves. Besides, going to bed earlier will help you be ready for various outdoor activities in Miyakejima, the next day. 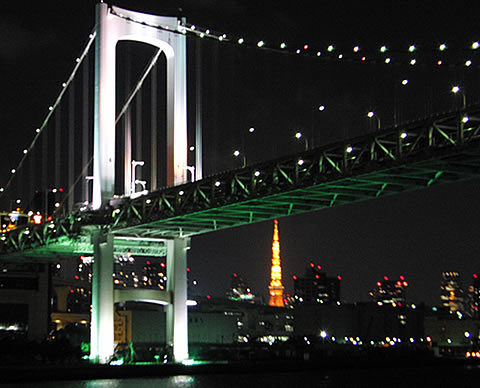 After traveling the Pacific Ocean for a while, the passenger boat arrives at Miyakejima around 5:00 AM, when the port is still in darkness. Since it is too difficult to find an accommodation after arrival on the island after 5:00 PM, it is strongly recommended to make prior reservations for a hotel or Ryokan (Japanese Inn) or Minshuku (Pension). A staff at the accommodation you booked a room will come to the port to pick you up. And then you will be able to take a little rest at your accommodation before breakfast.

Miyakejima is an island with an area of 55.5 square kilometers, 38km around, and lies in the Pacific Ocean about 180km away of Tokyo. One of the features of Miyakejima is the unpolluted seawater with excellent transparency that attracts people for scuba diving. Miyakejima has a beach with water quality standard of AA, or 20m transparency. The seawater around the island is rich in subtropical marine life brought in by the warm Kuroshio, or Japan Current. This island is a paradise for marine sports, especially diving and fishing. 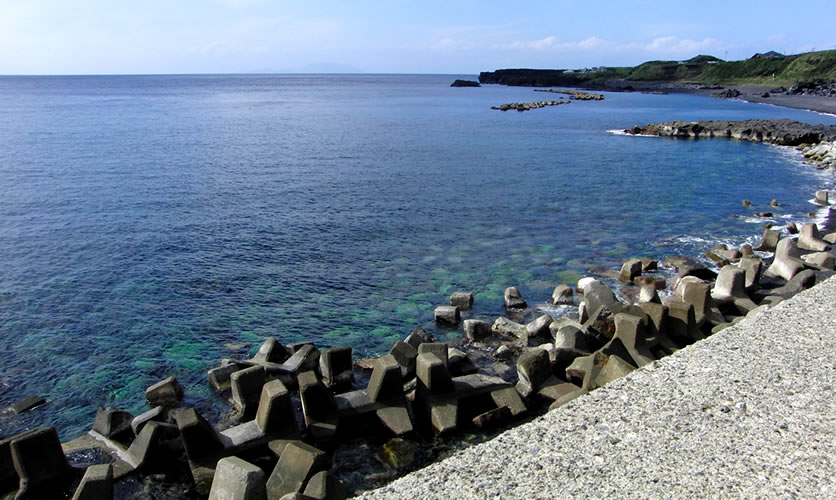 The best characteristic of Miyakejima are the views created by volcanic eruptions. In fact, this island is a part of a volcanic mountain revealing it's upper ridge, and formed by cumulative volcanic eruptions. Many areas are covered with volcanic stones or scoria tuffs that create natural looking figurative objects.

The photo above and below is beach near the Ako Port. Vista's along the coasts are created by volcanic eruptions, another charm of Miyakejima. 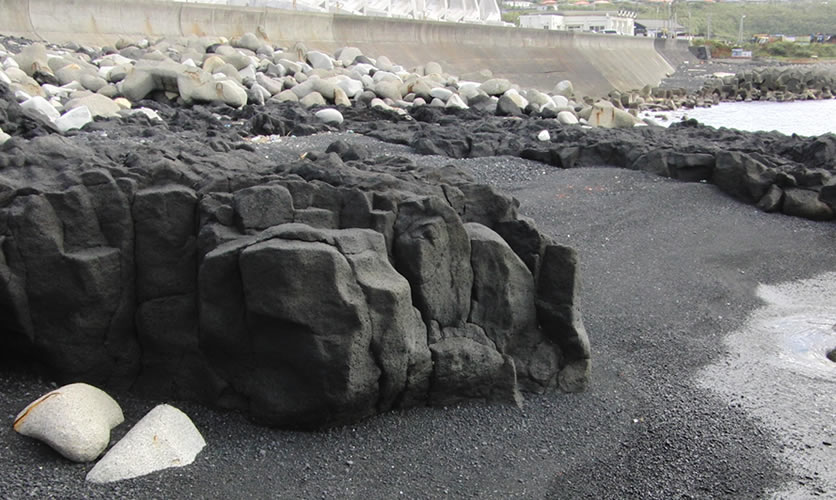 In the long history of Miyakejima, volcano activity has been intermittent, influencing the life of both people and plants. During the past 100 years, it has erupted every 20 years. The eruption in 2000 was especially heavy and damaged the island and made the residents of the island evacuate to Tokyo. The people, who left home with a little belongings, were going to go back home in a week or so, however, 5 years past until they were allowed to return. And what they saw when they returned was shocking, rundown houses buried by mud and trees that were killed from sulfur dioxide gas.

The photo below is the Shiitori Shrine, that was situated in a deep forest. The building of the shrine was newly built, while the former building was buried under by lava by the 2000 eruption, now only seen by its rooftop. 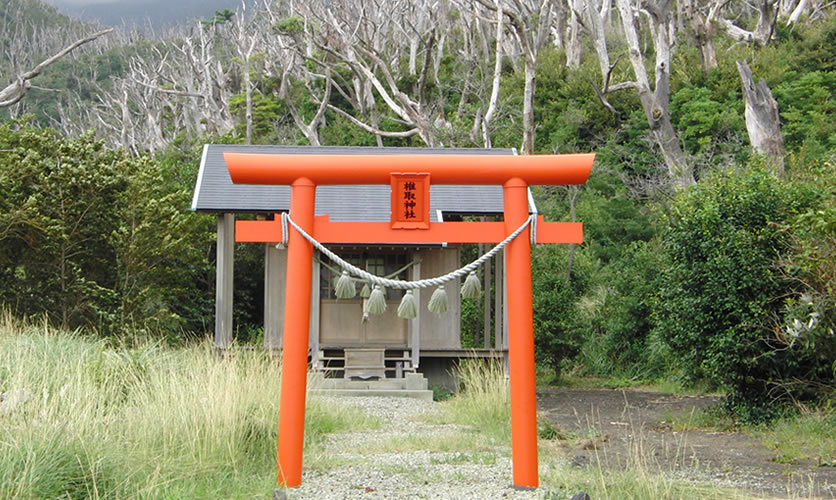 This story is sad, but Miyakejima people are strong and have the fortitude to start again. In 2010, 5 years have passed since the people came back, and the island is now showing dramatic recovery. Young people, especially, are vigorous in their attempts to encourage regrowth of the island. It was over 8000 years since Japanese people started to inhabit Miyakejima, and so a mere 10 years will not stop the spirit of the islands.