Yes, they are alive!

Not only the people, plants in Miyakejima is also strong and have the spirit of “Never giving up”. In the forests of Miyakejima, you will see many trees that look dead, but many of them are actually alive, starting to sprout with new growth here and there, helping the rebirth of the forest. Miyakejima is surely a unique place where you can see the end of a dying forest, and the beginning of a new forest. The photo below is a Japanese Chinquapin tree, estimated to be 250 years old. It was tough enough to survive the suffering from volcanic eruptions. Way to go! 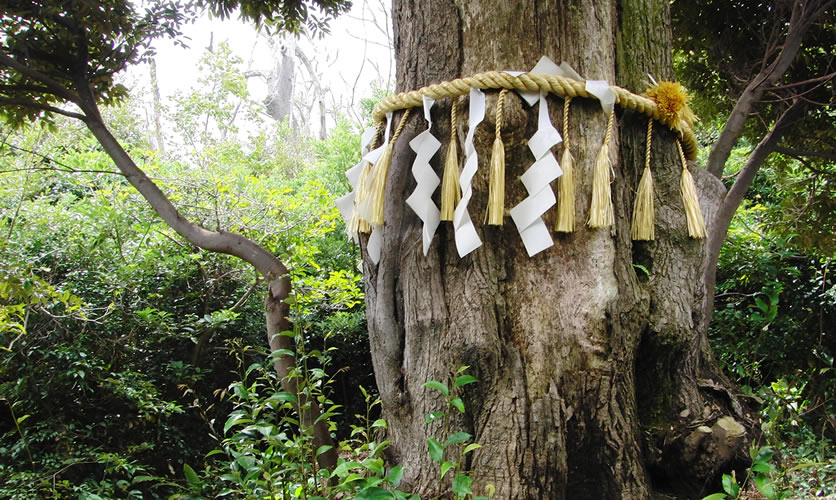 Looking at the bright side, volcano eruptions gave a unique quality to Miyakejima, and now it has turned into a charm of the Tokyo islands. People in Miyakejima see volcanic activity as part of the island's heritage and will provide you sightseeing tours of devastated areas.

Volcanic Experience Walking Trail (The photo below) is at the former Ako settlement. Ako settlement was used as an Onsen hot spring resort, where 400 houses and a school were located. This area was buried under lava flows from eruptions in 1983. Since the lava flew so slowly, no one died by sudden volcanic activity, but all their houses and belongings were doomed, left to be buried under the lava rocks. In the future, future historians will find the remains of a city preserved in the lifestyle of 1983.

Included in the volcanic remains, are various spots where interesting landscapes can be enjoyed. The photo below is Izumisaki (Izu Cape). The panoramic view from this cape is outstanding. On clear days, it allows you to see Mount Fuji, across the ocean. The young lady who was our tour guide and a resident of the island, says this is one of her favorite places in Miyakejima. Maybe she goes there to be reflective and I personally identify with her. Standing there and viewing the seascape in silence, it remains me of a scene in a movie, compete with memorable background music. 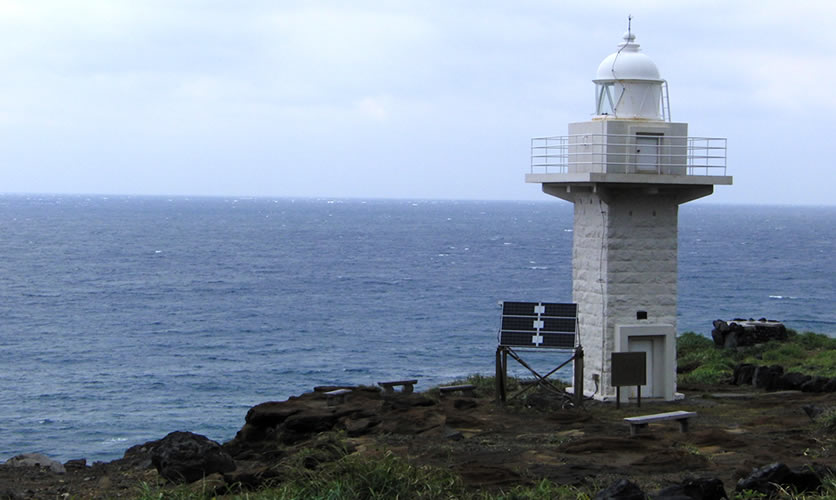