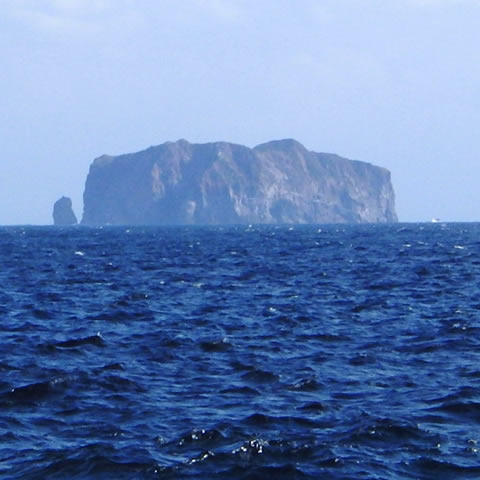 On the second day of our tour, we visited Niijima Island. We left Shikinejima by boat, with the distance between Shikinejima and Niijima about 3km, so it was about a 10 or 15 minute ride. 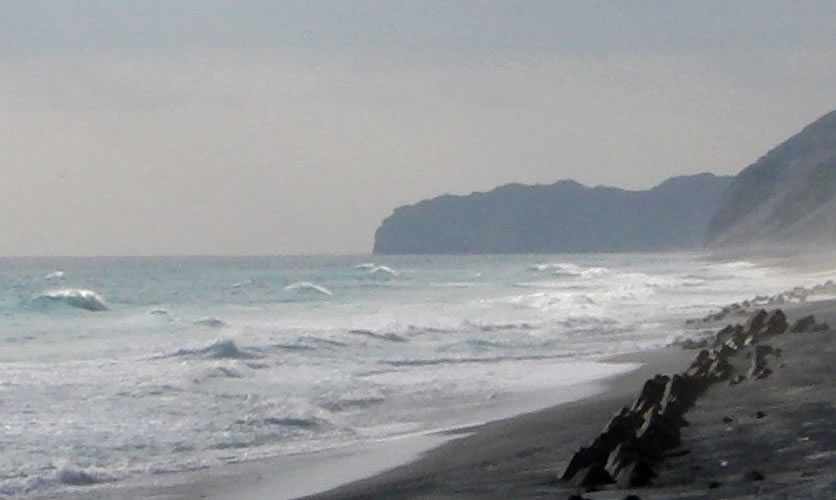 Niijima is an island with an area of 27.77 square km and a population of about 2500 people. As Niijima is 7 times larger than Shikinejima, it is more developed as a resort town, especially as a surfing resort. There are two traffic lights (intersections) in Niijima, where Shikinejima has only one light, this gives you an idea of the size of the island villages.

The place we visited first was Habushiura Kaigan (Coast), a scenic beach that the local island people are proud of. This coast is a world-famous surfing spot that produces large surf waves by the Pacific Ocean. 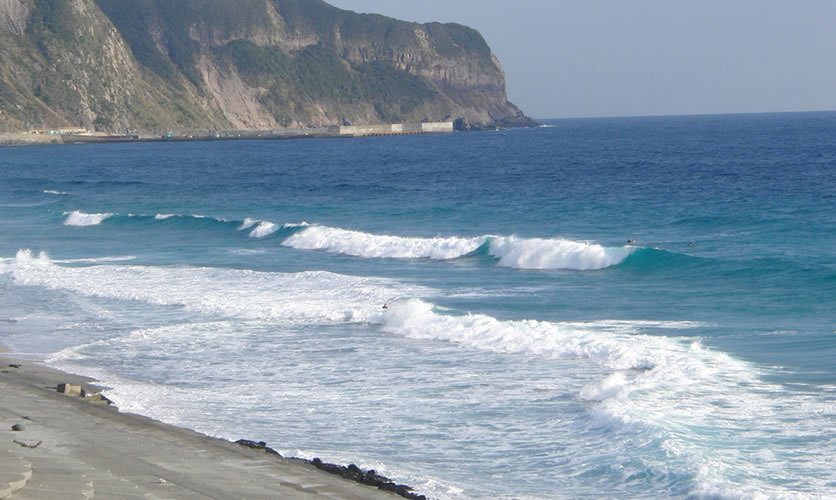 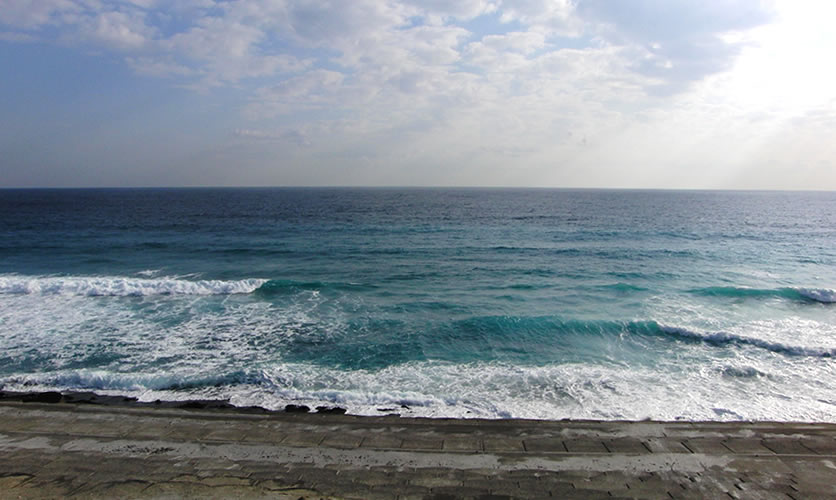 Niijima has several other beaches for surfing or sea bathing. The white sand consists of Kohga stone, which is scarce throughout the world and is produced only in Niijima, and Lipari of Italy.

Niijima was a place of exile for over 200 years until 1871, where Buddhist monks and academics were exiled as political prisoners. In a temple called Choei-ji, there is an old cemetery for people died in exile. The cemetery is covered with white sand that looks like a Japanese stone garden. Green, mossy graves and red Camellia petals are quite vivid in the white sand.

The history of Niijima is introduced at the Niijima Museum. The folk houses are in the traditional Niijima style are also exhibited.
Niijima Museum Information (Japanese) 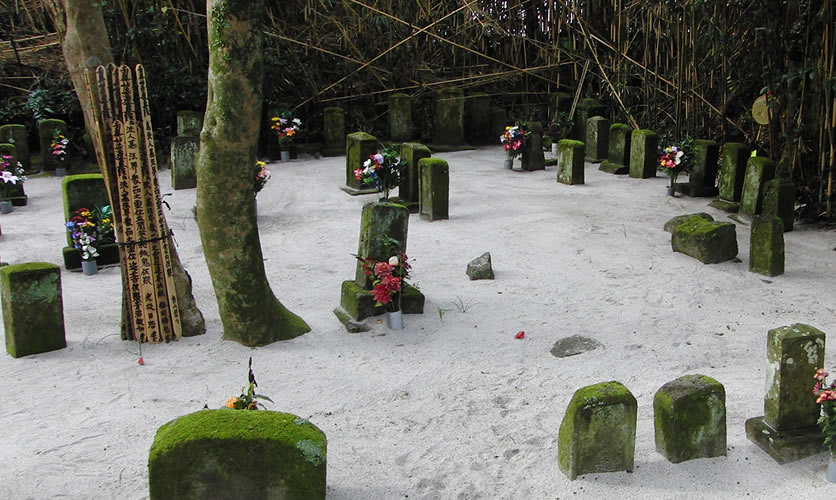 Another thing that makes Niijima well known, besides the white sandy beaches, is Kusaya, a fish product. Kusaya is basically dried fish and it is marinated in a fermentation liquor called “Kusaya-jiru”, that has very strong smell. In fact, the word “Kusaya” is translated into the English word “smelly”. 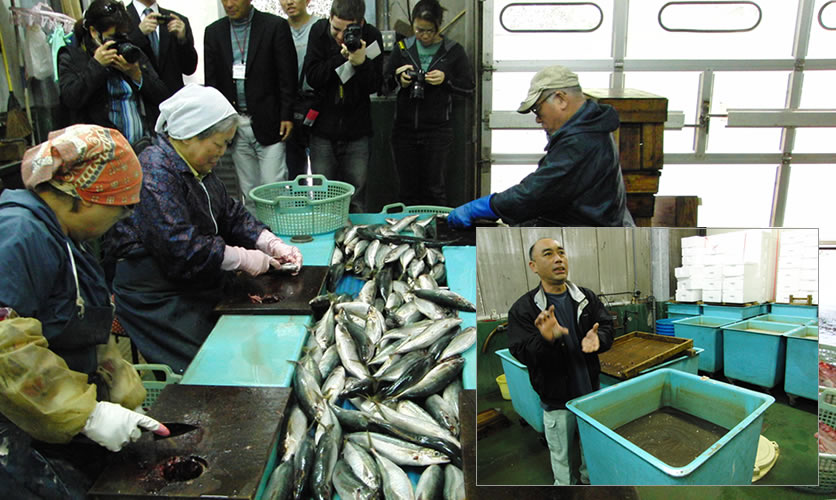 The photo above right is the fermentation liquor “Kusaya-jiru.

This photo will try to help you imagine how it smells. It was thrilling to stand by the liquor, and thinking of the tradition of making this smelly stuff, handed down from over 300 years, and also having the thought of accidentally dropping my camera in it. Having heard of the legend of this smell a thousand times since I was kid, I could accept the smell calmly. 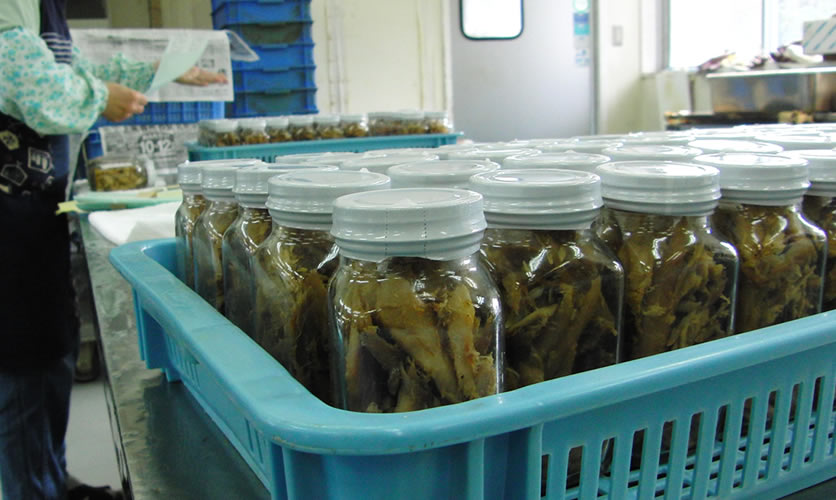 Kusaya is generally grilled to eat, bringing another wave of smell when grilled at home. Ready-to-eat Kusaya in bottle is becoming popular now in Japan.