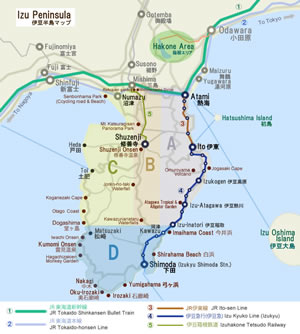 From Tokyo, Izu is reachable by JR trains. Atami Station 熱海駅 is one of the gateways of Izu and is also a transit point to reach the tourist spots in the Izu peninsula. The JR Ito-sen Line runs between Atami Station and Ito Station, where the train is connected to the Izukyuko Line 伊豆急行, leading to Shimoda Station (= Izukyu Shimoda Station) 下田駅. Shimoda Station is directly accessible from Tokyo by Odoriko-go Express, which departs from JR Tokyo Station.

The central Izu area is also reachable by train, and the JR Mishima Station 三島駅 is the transit point to take the Izu Hakone Railway 伊豆箱根鉄道 bound for Shuzenji Station 修善寺.

Numazu Station is not directly accessible by the Shinkansen bullet train. For going to Numazu town 沼津, take the Tokaido-Hansen Line bound for Numazu 沼津. The bus is also served between Mishima and Numazu.

Getting to Atami Station from JR Tokyo Station

If you are an international tourist with a Japan Rail Pass (JR Pass), it is suggested that you take the Shinkansen bullet train. If your destination is Shimoda, taking the Odoriko-go Express is the most convenient way as you don’t have to change trains at Atami. 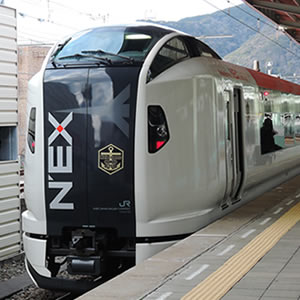 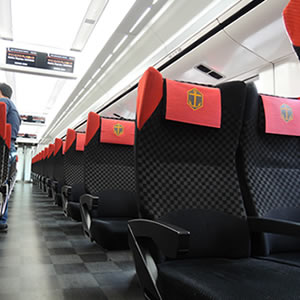 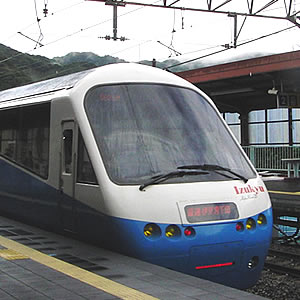 Getting to Shimoda from Atami

https://railway.jr-central.co.jp/timetable/nr_doc/search.html
How to use
Enter the From and To destination and your desired departure date/time and click on Search 検索 (The orange button). Use alphabets if you cannot type Japanese characters,  for example, “Tokyo” or “Atami” or “Izukyu Shimoda”. (Don't enter "Shimoda" short for "Izukyu Shimoda" as JR East has several stations named Shimoda)
The date and time is shown in order as: Year(年), Month(月), Day(日), and Hour(時), Minute(分)

Though train service is available only in some eastern and central areas in Izu, bus services are available to reach most of the destinations on Izu peninsula. Viewing the rural landscape from the bus is actually another attraction of Izu. 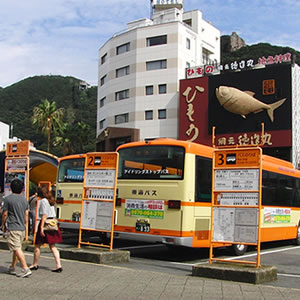 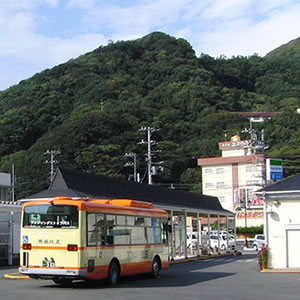 Bus Terminal at Matsuzaki 松崎. The buses bound for Dogashima stopover here on the way from Izukyu Shimoda Station 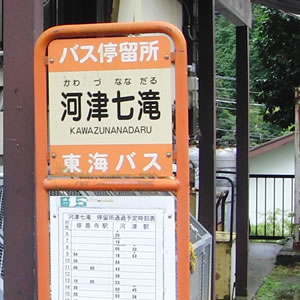 One thing you should know is that the buses run every hour or less. In some areas, the buses run more infrequently, only a few times a day. Plus, the bus service may be cancelled on school holidays.

Be sure and check the schedule of the bus service beforehand. Otherwise, you will have to wait for a bus for hours. It is strongly recommended you plan your trip with the bus schedule in mind.

How to use
Click on the area and click on the bus stop, then a window appears so you can select a route to see the timetable.

How to get on the bus
https://www.tokaibus.jp/rosen/jyousya.html by Tokai Bus Service 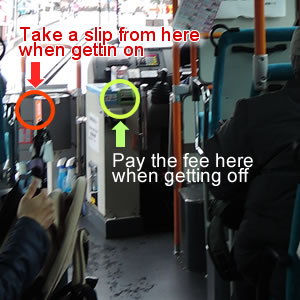 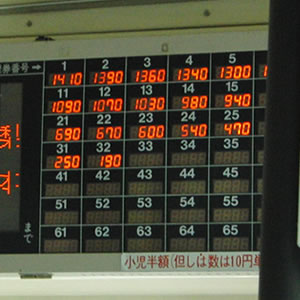 Every passenger is to take a ticket when getting on the bus. The fare is paid later. When getting off the bus, pay the fare and return the ticket. If you have a Free Pass, show the pass and return your ticket.

To know more about the bus system in Japan, see this page
Things to know about local route bus services in Japan

Use free passes for a budget travel

Carrying a free pass is so convenient to travel around Izu as you don’t have to check the fare every time you take a bus. It of course allows you a budget travel as well. For tourists travel around Izu, various types of free passes are provided by JR Izukyuko and Tokai Bus. The pass is valid within a designated zone for one day or 2 days or 3 days, depending on the pass.

Free Passes provided by Tokai Bus Service are sold at the bus terminal located in the zone where the free pass is valid.

Hotels and Ryokans in Izu